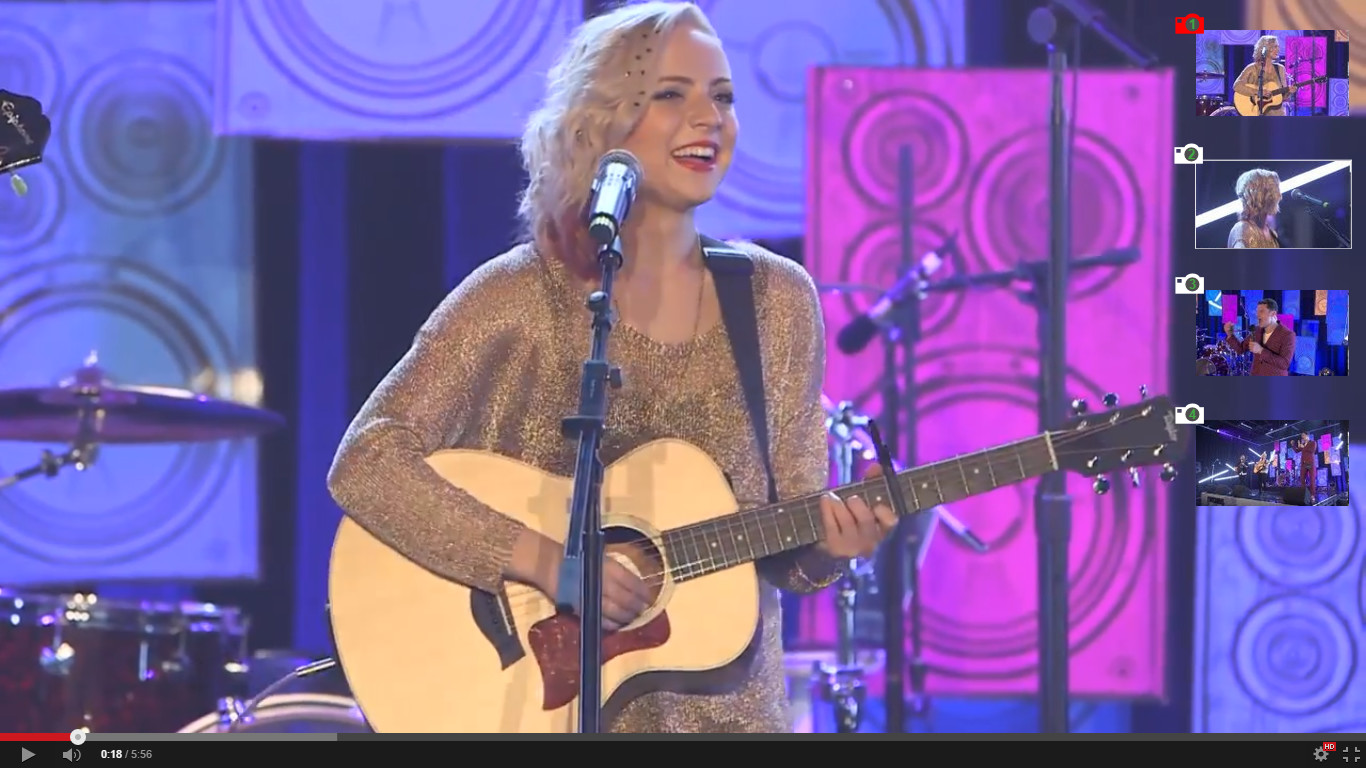 Recently, YouTube has been testing a number of new features, such as the ability to watch videos offline, keeping the audience engaged with video autoplay and GIF sharing, and even something as crazy as 360-degree videos. The latest experiment however is about multiple angle videos, an interesting feature that will add more depth for the audience.

Imagine being able to watch a concert, a media event, a tutorial, or a sports game from different angles. The experiment was done with popular indie artist Madilyn Bailey at her most recent YouTube Music Night event, which was filmed and produced with four cameras shooting from different angles.

A YouTube spokesperson told TechCrunch that the process is automatic for users, but that it will take time to roll out the new feature to more users. This is part of YouTube’s efforts “to keep making more immersive and interactive video experiences.”

The way it works is that you get thumbnails on the right side of the video, which you can click to switch the viewing angle to your liking, and you also get the option to use keyboard shortcuts. The playback is a bit jittery, but it works pretty well for something experimental, and YouTube suggests that you try holding down the key for a smooth transition. 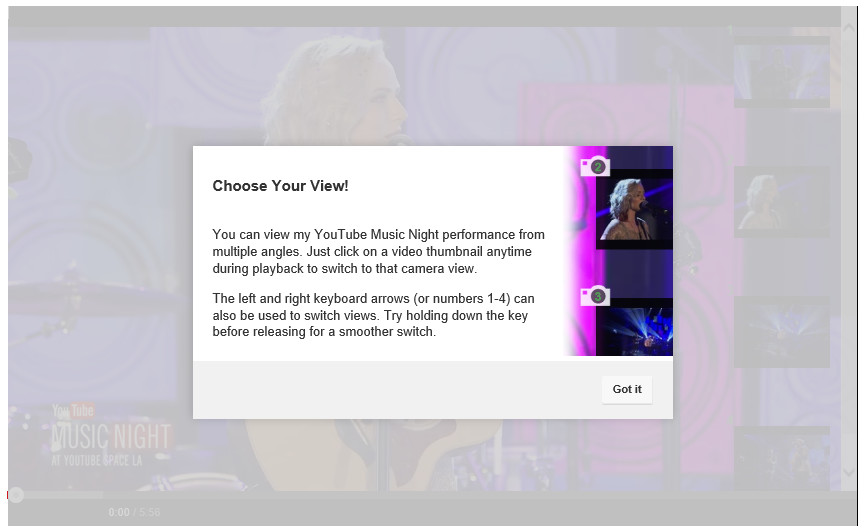 Madilyn Bailey is very happy about the potential to get her audience more involved. “I love being super interactive with my online community and I think this is such a creative way to put more freedom into the hands of my viewers and gives them the ability to have a more personalized viewing experience,” Bailey said in an email.

The experiment will be available to test for select users, so if you’re interested in getting involved, you can do so by filling out this form. Although YouTube is not the first to implement such a feature, the scale of its user base can greatly increase the chances for its success.