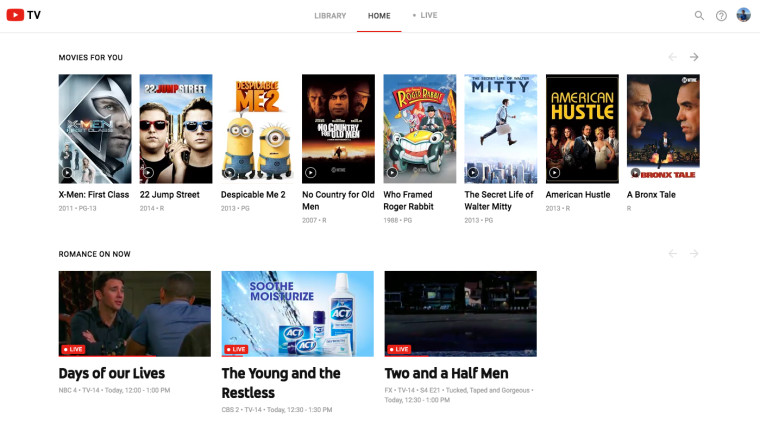 YouTube's live TV streaming service is now available in five select US markets. The service, which was first announced earlier this year, will offer live and on-demand TV content for $35 per month.

The launch comes as Google also releases a beta version of YouTube Go, an app for offline viewing and sharing of YouTube videos, on the Play Store.

Users of iOS and Android will be able to access the service through the new YouTube TV app or through a web-based interface. Using YouTube TV on a television set currently requires a Chromecast, which Google is offering to subscribers to the service for free after the first month's payment.

Users in New York City, Los Angeles, San Francisco, Chicago and Philadelphia will be able to sign up to the service. Up to six accounts are allowed per subscription, and an shows can be recorded and saved to a cloud based "DVR" service for streaming on other devices through YouTube TV.