Doogee reached out to me and asked if I was willing to take a look at its T10 tablet, which launched in November. Initially, I was excited to be reviewing what I thought would be a rugged tablet, but as it turns out, it is just a "normal" low-end tablet. That said, it does come with a couple of surprises, read on to find out more.

As can be seen from the specifications, this tablet is not offering any groundbreaking features aside from a cheap entry into mobile data support through the use of a SIM card. There's also no NFC or fingerprint scanner onboard either.

What's in the box

The packaging is standard fare, the cardboard box includes:

Yes, some of the included items are included as a gift; although it doesn't appear to be possible to buy the "TPU leather case" separately on the DoogeeMall, or it is included with the "Anti-explosion" Tempered Film, which I can only guess is the pre-installed screen protective film. I have reached out to my contact for clarification of this. 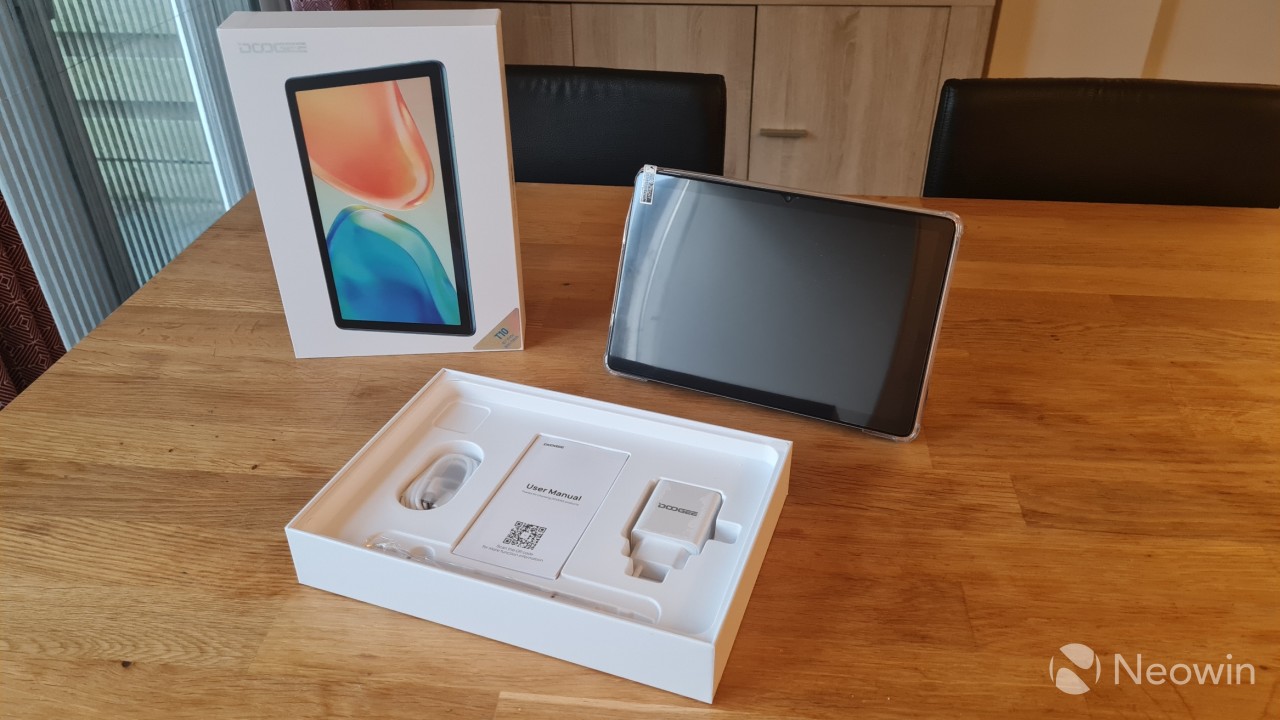 The tablet itself has an all-glass front and an aluminum rear which Doogee calls an "Aviation-grade Unibody Design", we'll let that slide since they are known for the military grade rugged design with all of the necessary certifications that go with it for their rugged phones. The Type-C USB port can be found at the top, along with the power and volume buttons. The SIM and SD Card slots are located on the right side, and the stereo speakers are both located on the left side. The speakers are downward firing when watching media in landscape mode.

At just over half a kilo, the tablet becomes heavy when holding it for prolonged periods with one hand. I would say it is not comfortable to use as an e-reader in bed, as it becomes too heavy for that purpose, and the back side of the tablet is slippery without the case, so you will end up using two hands to hold this device when not using the cover stand. There is also 1 cm of bezel all the way around the screen which is handy because it is easier to not register accidental touches on the screen. 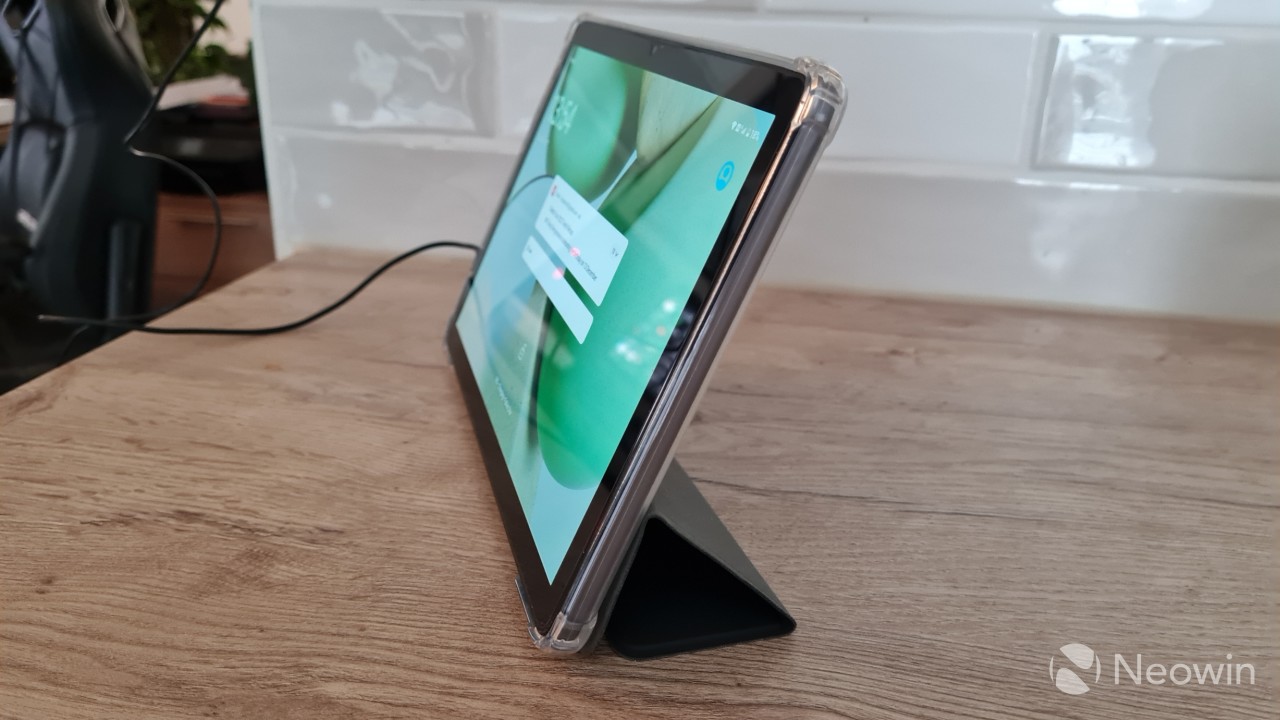 Doogee has included a pre-installed screen protector and shipped it with a case that can double as a stand in landscape mode for media viewing. It is not as great as some of the tri-folds I have used for a couple of Samsung Galaxy Tabs I have owned in the past. It appears that it only really works in landscape mode and is not really suited to use as a stand in portrait mode, although it is entirely possible to prop it like an opened book. 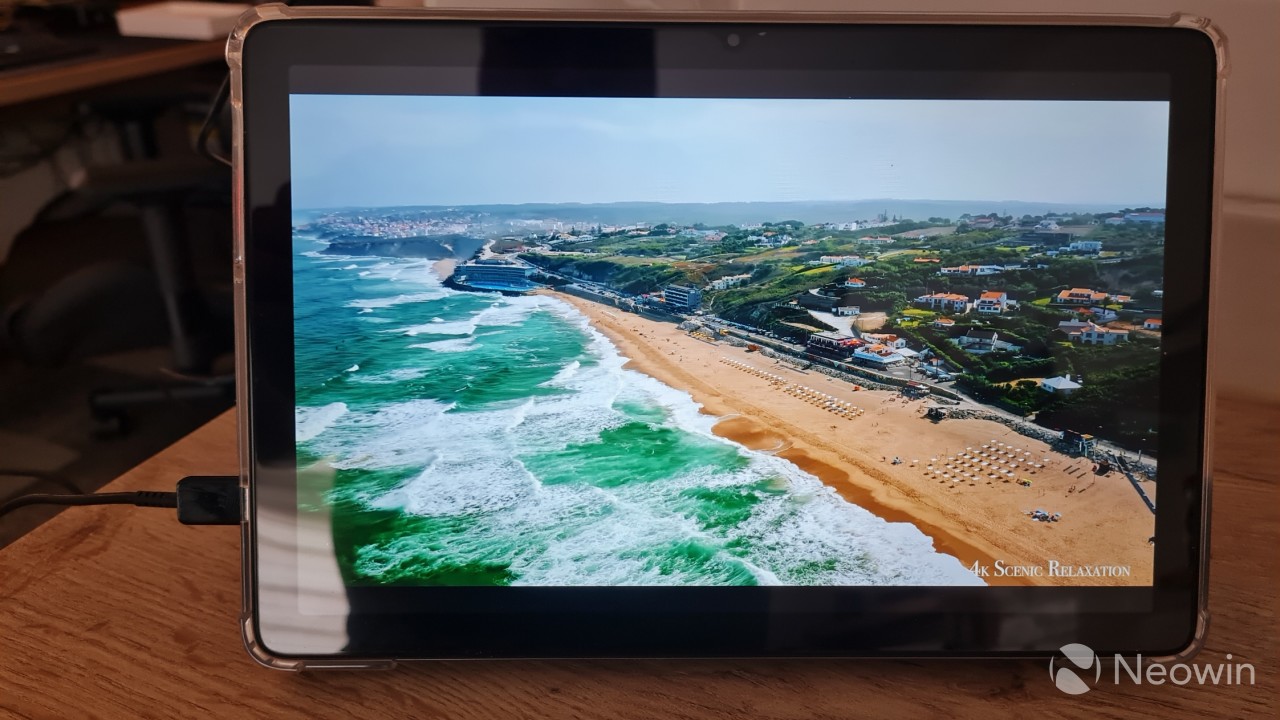 According to the specs, the screen is certified by TÜV Rheinland for Low Blue Light, which means that it protects your eyes in the dark and prevents eye fatigue during long sessions.

The Doogee T10 comes with Android 12 pre-installed, and thankfully it is almost completely stock, I could not find any third-party apps installed. Doogee has included Quickstep as the launcher, it's also what it uses with its rugged phones, but it is about as stock as you can get. All of Doogee's devices come with one year of warranty and support, so you can expect maybe one upgrade to Android 13.

As you can see from the above screenshots, it's a pretty stock experience, the last image shows all of the apps that are installed, no third-party bloat is to be seen here!

The T10 comes with Google Widevine L1 support, which means you will be able to stream in full HD at places like Netflix, Amazon Prime, Hulu, and more, which makes it an even more interesting choice for media consumption coupled with mobile data support. If like me, earlier this year, you find yourself on the Eurostar heading to London from Amsterdam, you will quickly realize that the onboard Wi-Fi is insufficient to stream Netflix, I ended up having to create a mobile hotspot with my phone to my laptop. If I had just the T10 with me, then the onboard SIM's mobile data would have had me covered.

Because people like benchmarks, I installed Geekbench 5, which tests single-core and multi-core power, for everything from checking your email to taking a picture to playing music, or all of it at once. The Compute benchmark tests the system's potential for gaming, image processing, or video editing.

As you can see from the above benchmarks, this is no powerhouse. The single core score at 306 comes in lower than the Redmi Note 7 tablet, which launched in 2019, with its mid-range Qualcomm Snapdragon 660 chipset, which incidentally, is the lowest comparison in the test. The multicore score does come in slightly higher at 1,269, beating the same Xiaomi tablet, which scores only a few points lower at 1,264, which again is the lowest example in the test.

This is definitely a device where you will not be wanting to do much in the way of multitasking and fast app switching or even some heavy gaming.

The speakers are quite loud and they sound a bit tinny, but thankfully there is a headphone jack, and Bluetooth 5.0 support, so you can connect just about any headphones or earbuds you want. Call quality was good, however the person I called said that I kept dropping out when I was talking, I did not experience this problem on my end, but who is using a tablet to make phone calls anyway?

After ensuring a 100% charge, I ran a 12 hour YouTube video at 1080p with 40% volume, and after two hours the battery percentage was at 78%, and after 6 hours it was at 32%. I think it is fair to say that the 8,300 mAh battery has enough juice, when fully charged, to get you through three two-hour movies, and you'll still have enough battery to check and reply to emails and browse the web.

Although my test isn't a battery stress test, we're confident that this will last as long, if not longer than many of the flagship tablets that are now shipping with an 8,000 mAh class battery (looking at you Samsung Galaxy Tab S8) but you'll only be paying a quarter of the price for that juiced capability. It has to be said though, that this tablet does not support reverse charging, which would have been a nice option considering Doogee's rugged phones do.

For under $200 you can stick a data SIM in this and not worry about getting on Wi-Fi, which could be useful when traveling and public Wi-Fi is unavailable or just plain terrible, as was the case with my trip on the Eurostar this summer. With laptops and Ultrabooks getting ever smaller and lighter, and smartphone screens getting ever larger, it becomes increasingly difficult to justify lugging around a tablet. 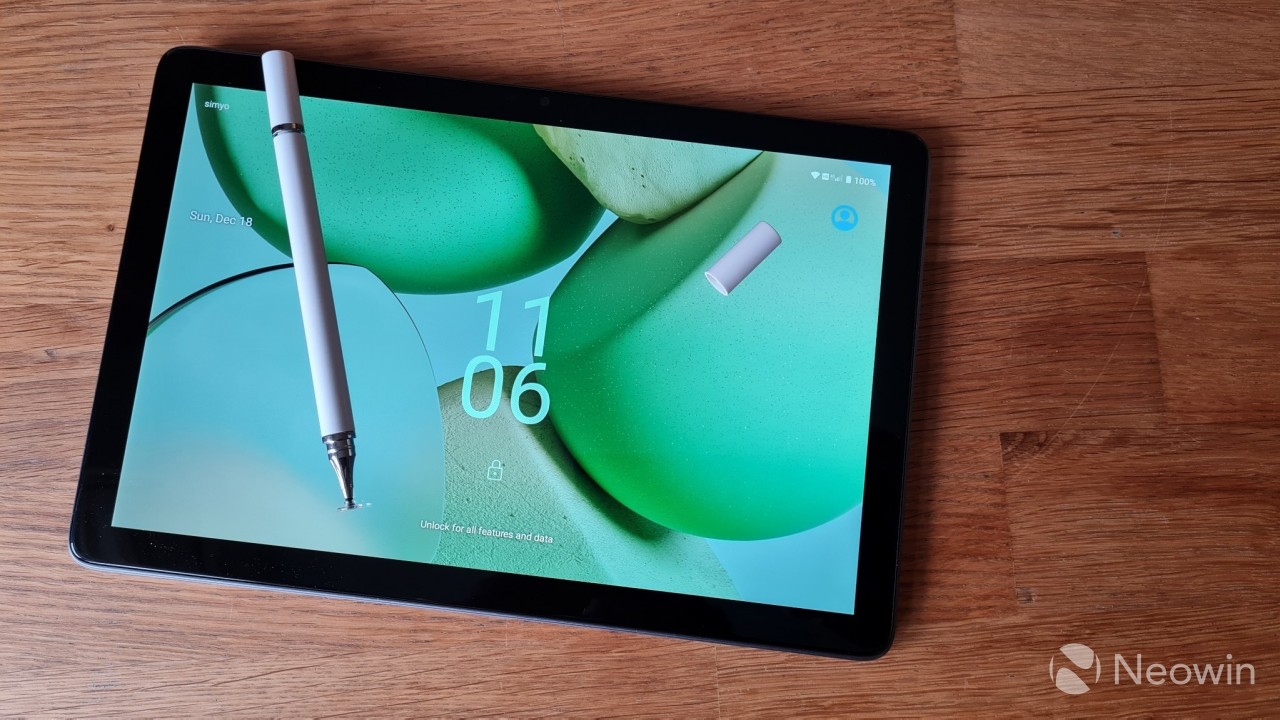 However, with the included mobile data option, it does become an enticing choice for media consumption with Full HD support at a very low price point. Let's not forget the massive battery this thing has too. At 8,300 mAh, it will get you through the day, or a long journey without having to worry about juicing it up or having to switch it off after watching one movie on Netflix.

I think this does have a use case, and it isn't going to break the bank, but I just feel that Doogee missed out here by not launching it as a rugged tablet. It could probably charge double the price with the proper rugged certifications, and then it becomes an interesting choice for workers in the field.

Right now you can order this on AliExpress for $190, or from Doogee directly for $189.99 after applying the T10 promo code during check out. Shipping to the EU and U.S. is free, and they say on their website that they can fulfill shipment between 3-7 business days if it is stocked at a local warehouse, but it can take longer if it ships from China.

Lastly, Doogee only offers one year of warranty and software support, so that is something to bear in mind if you decide to purchase this, but then again it isn't costing an arm or a leg, so you have to decide if this has a place in your inventory of smart devices.