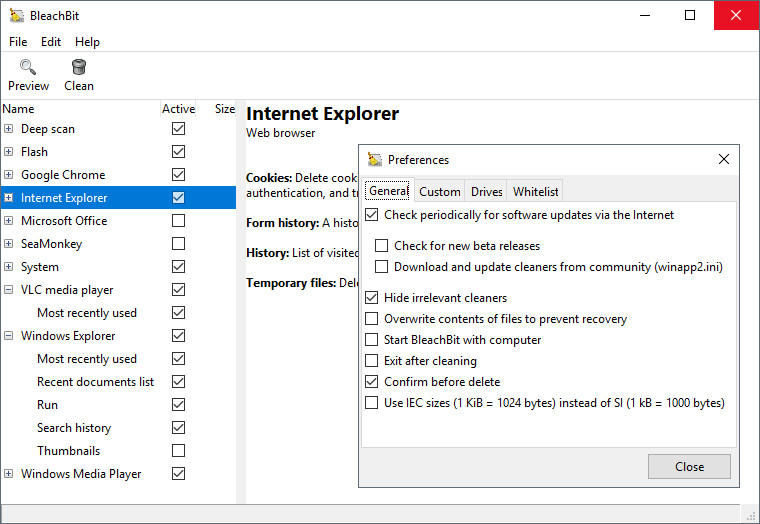 What's next after BleachBit 2.2? The first priority is to update GTK+ version 2 to 3, finishing the hard work by Maël Lavault and Tristan Stenner. Sorry it has taken so long. The second priority will be to update Python 2.7 to Python 3. Once complete, GTK+ 2 and Python 2 will no longer be supported, and the transition will drop support for older platforms, including Windows XP.