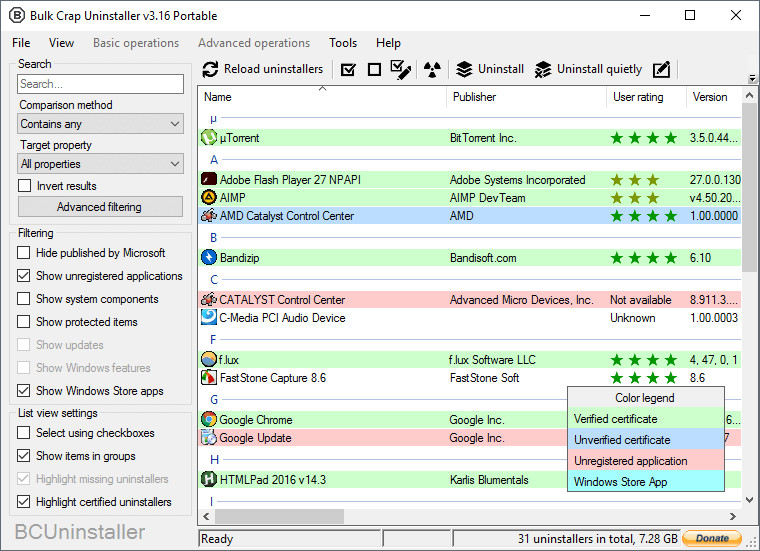 Starting with this release, BCU will need Windows 7 or newer to run (if you get an error on startup in 7 / 2018R2 then try running Windows Update). If you want to use BCUninstaller on Vista or older, download the latest available 4.x release. This is because BCUninstaller is now fully in .NET 5.

The move was long overdue and finally got forced by GitHub switching to a new SSL encryption standard that is not supported by .NET 3.5, making it impossible to check for updates.

Because of being in .NET 5, BCUninstaller no longer is restricted to using only old and outdated libraries and APIs (it was stuck on .NET 3.5 before for backwards compatibility). This introduces some major improvements but also some drawbacks, most notably: