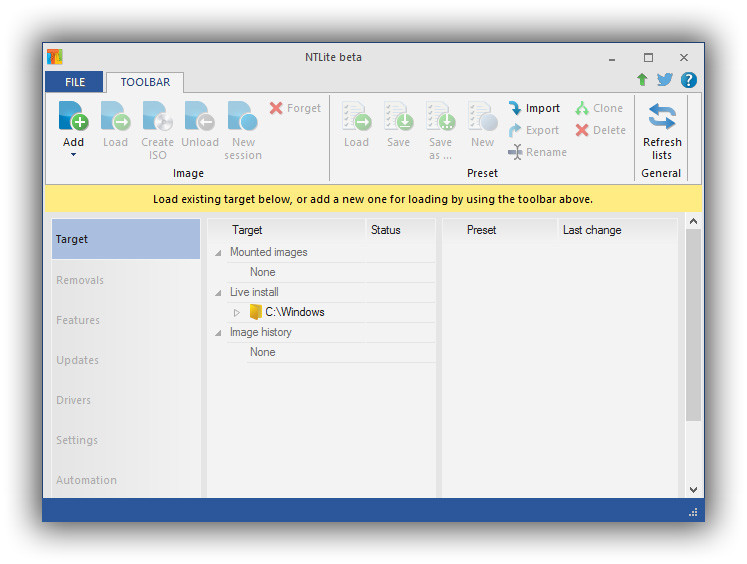 Supports Windows 7, 8.1 and 10 (up to 1709, more info), 32 and 64-bit natively, live and image. Server editions of the same versions, excluding component removals and feature configuration. Does not support Checked/Debug, Embedded, IoT editions, nor Vista or XP.