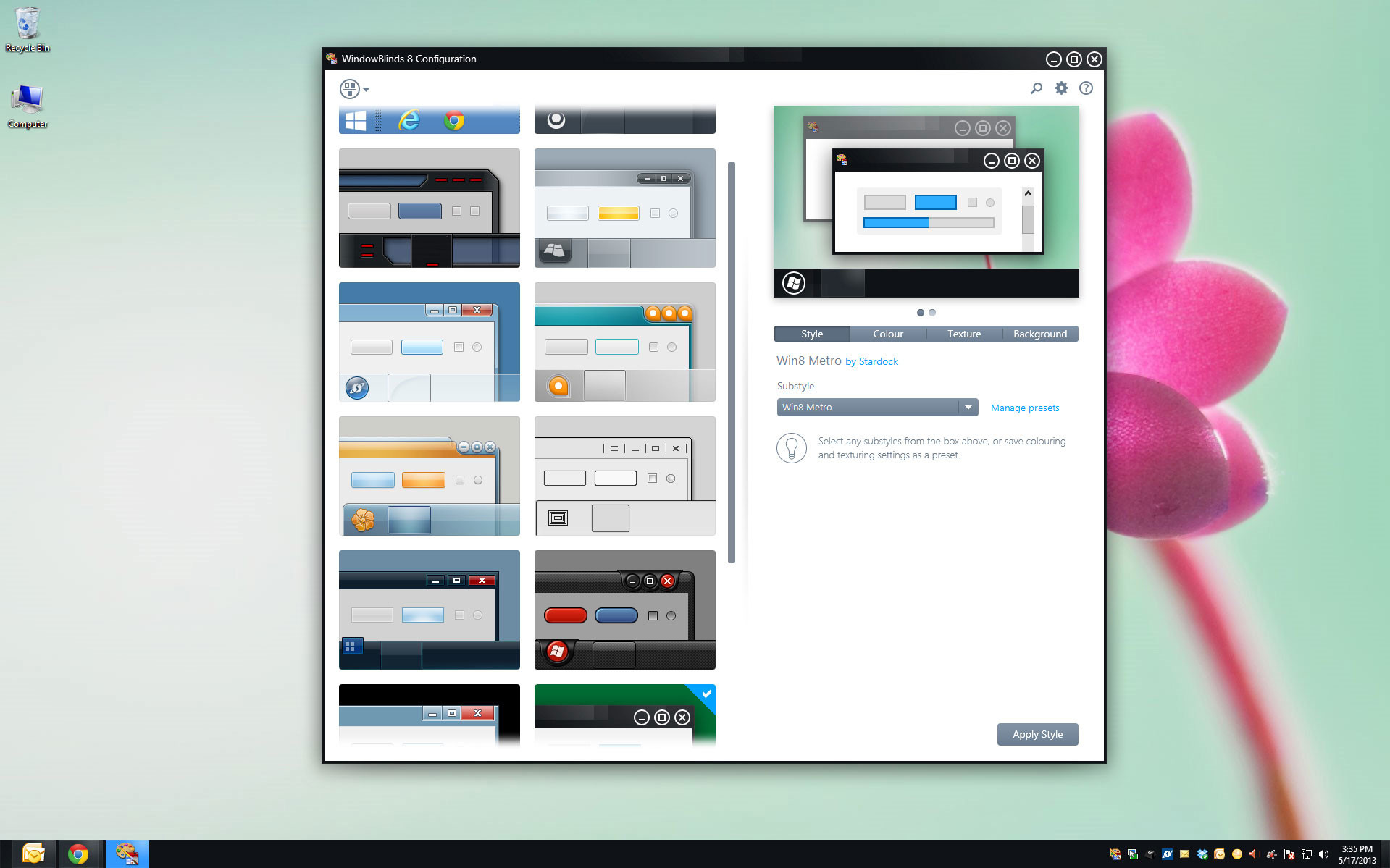 WindowBlinds is a software utility that allows you to completely change the look and feel of Microsoft Windows. It works by applying new visual styles, also called skins, across the entire user interface (i.e. start menu, window frames, title bars, menus, buttons, taskbar, scroll bars, ...) of the operating system. As a result, you gain complete control over the way Windows looks. Select from the many skins included with WindowBlinds or choose from thousands of skins available for download at WinCustomize.com.