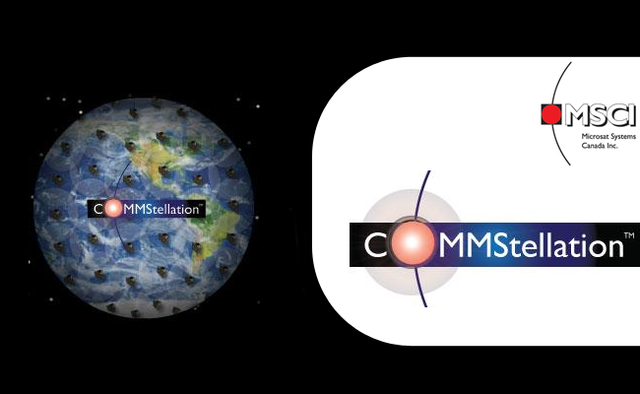 Microsat Systems Canada Inc. (MSCI), an established company, has announced that they are to launch a new worldwide polar communications constellation system comprising of 78 microsatellites. “The influx of millions of data-hungry mobile devices, such as smartphones and tablets, is causing unprecedented strain on mobile networks, which have already reached, or are nearing, capacity,” says David R. Cooper, President and CEO of MSCI. The new network is to be called COMMStellation™ and it's hoped that it will provide the essential capacity to network providers across the globe.

Companies such as RIM, Google and Microsoft have become increasingly reliant on service providers and mobile operators to provide a high-speed, reliable and uninterrupted Internet connection. “While demand for backhaul bandwidth grows exponentially, there is downward pressure on consumer wireless pricing. This situation, together with the need to reach economically challenged population centers, calls for an innovative, low-cost satellite solution.” explains Michael Neuman, former CEO of Bell ExpressVu Satellite TV.

The satellites weigh just 12kg and cost a little over $12 million each. After launch, they will orbit the earth at 1000km. The close proximity means up to five times more data density, even at the equator. The hope is to provide 100% global coverage to all (approximately) 6.9 billion residents of Earth at a minimum of 3G speeds. MSCI is no stranger to this market. Since 1975, the company has specialised in building and launching low-Earth orbit satellites.