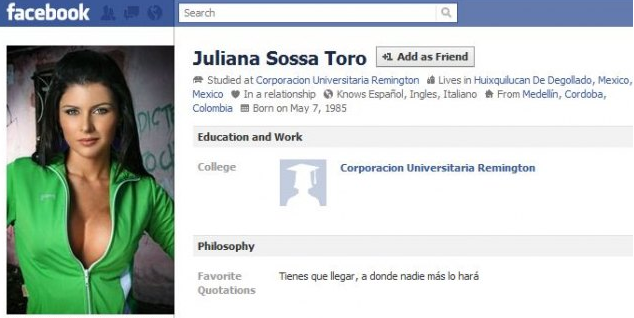 According to the Mexican media, a post made on the social networking site, Facebook helped lead authorities to the main suspect in the shooting of the footballer Salvador Cabanas. In January 2010 the Paraguayan footballer took a bathroom break at a bar in Mexico. Whilst he was in there a gunman opened fire and Cabana was left with a bullet in the head. He survived the shooting but surgeons were unable to remove the bullet. 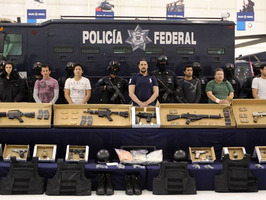 Police had a suspect in mind, Jose Jorge Balderas Garza, aka JJ, but no idea where to find him. He had been in hiding for over a year where he was organizing the distribution of 60 to 70 kilos of cocaine every month. With the profit he arranged more drugs to be bought and coordinated the sale of arms. The police knew he was in a relationship with a Columbian model, possible accomplice, and participant in the Miss Antioquia 2008 competition, Juliana Sossa.

The slip up came when the profile page of Sossa revlealed her location as Lomas de Chapultepec, Mexico City. Once police were notified by Facebook users they advanced into the area. Garza was arrested last week in the Mexican City, according to Ramón Eduardo Small, head of the Drug Enforcement Division. In total six were arrested including his girlfriend.