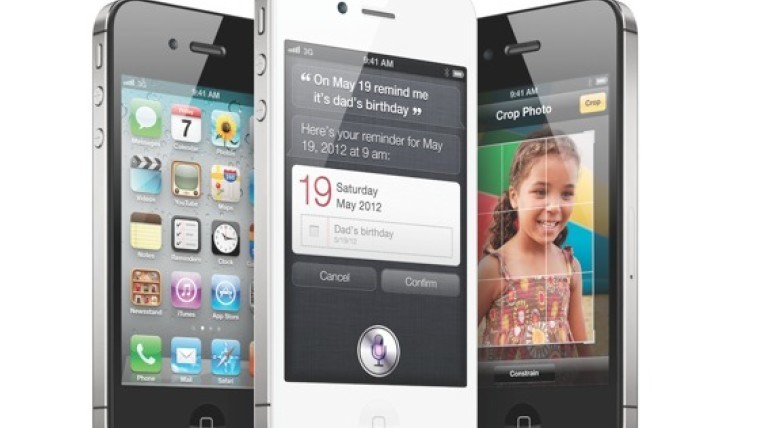 A man hailing from Knox, Pennsylvania was recently reunited with his iPhone 4 handset after it sank to the bottom of an icy lake for 18 months.

Michael Guntrum, the owner of the device, shared that it all started when he was ice fishing with two of his friends in Kyle Lake. “We were sitting in our portable shanty, and I got a bite on my rod. I laid the phone on my lap, and it slipped off," he said. "Instead of landing flat in the snow, it hit its edge and rolled into the hole. I caught the fish — it was a blue gill — but it wasn’t worth it.”

Feeling like it was indeed the end of life for his iPhone, Guntrum wrote a Facebook status explaining the situation:

Lost my phone today. so if you want me to have your # send it to me. Long story short. Ice fishing,+ hole in ice = iphone [sic] at bottom of lake.

In September of the past year however, the lake was drained, which was due to structural deficiencies in its dam. 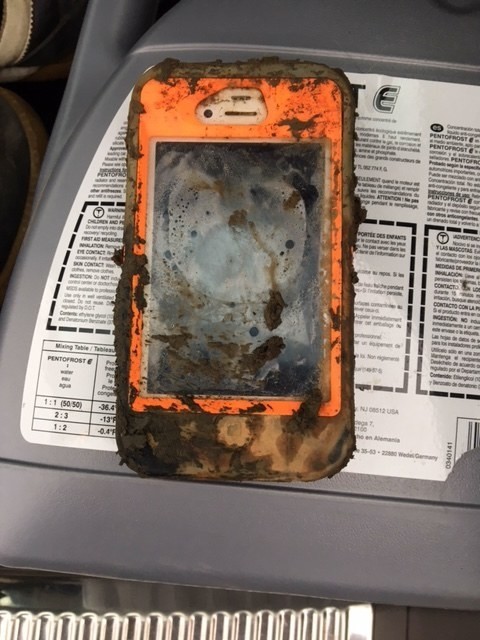 Fast forward to October of this year, Daniel Kalgren told BuzzFeed News that while he was treasure hunting with his metal detector in the empty lake basin, he found Guntrum's iPhone buried under 6 inches of mud and clay. “I took the phone home, cleaned it, and put it in rice — just out of curiosity to see if it would still work,” said Kalgren.

He came to check on the phone two days later, and to his surprise, the phone booted up with no problems at all. When Kalgren found Guntrum's number and told him all about his once-frozen and missing phone, Guntrum reportedly didn't believe him at first. "I had just been talking about that lake early that day. It was eerie,” Guntrum said. “He sent me a picture and asked, ‘Does this look familiar?’ and I recognized the screensaver.” 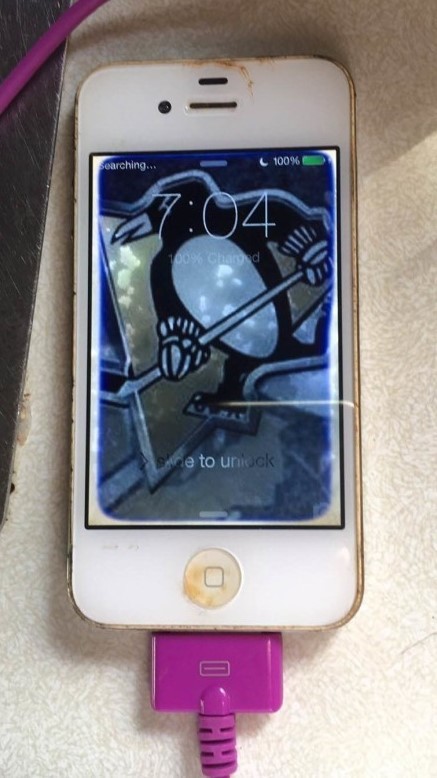 Kalgren noted that the phone was protected with an OtterBox iPhone case, which might have helped the handset survive being underwater for a long time. He himself owns an iPhone 6s, but he wasn't too sure if his phone could survive that long in the icy winter, but 'likes to think it would.' He also thinks that what happened adds to reasons why he only buys Apple devices, being a fan of the Cupertino tech giant himself.

An Apple spokesperson commented, stating that it wasn't the first time they received such a report. "It never ceases to amaze us, all the incredible iPhone survival stories our customers have shared with us."

As for Guntrum, he plans to have the phone repaired, and eventually give the phone to his mom.