Microsoft is a fan of putting its ads in various products of its own. For example, recently banner ads inside File Explorer were spotted within Windows Insider builds. Following this, the Redmond company faced backlash, and in response, it explained that it was only testing the function internally and wasn't meant for external deployment.

While those aren't coming back for a while at least, new Bing Wallpaper App ads have now been seen when one uses the Bing search engine. Here is a banner ad for the same which was spotted by fellow outlet Windows Central. 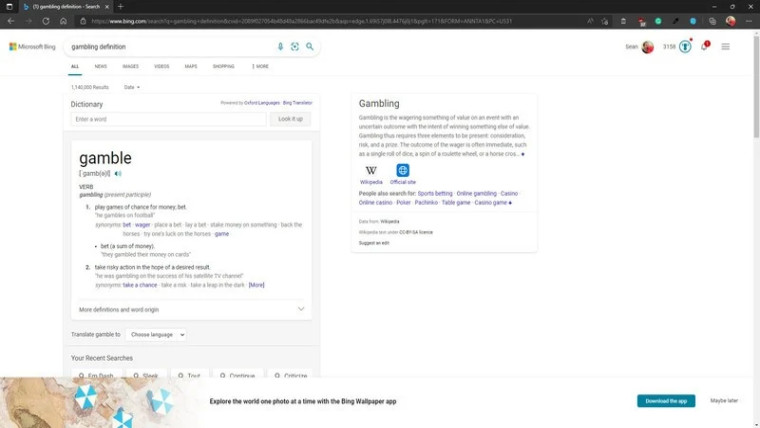 While the banner ad didn't appear for us, a popup ad for the Bing Wallpaper App did show up on the right hand top corner on Microsoft Edge. The popup appears right below the Bing AI chatbot window (left image) and upon closing the chatbot window and hovering over the prompt, the full ad pops up which asks users to "explore the world one photo at a time with Bing Wallpaper App" (right image).

Curious to see what happens on a rival browser like Chrome, I once again ran Bing and found that there was no Bing Wallpaper App on offer this time. Instead, Bing was now offering a "Bing extension for Chrome".

I tried it on Firefox too, but nothing eventful happened there.