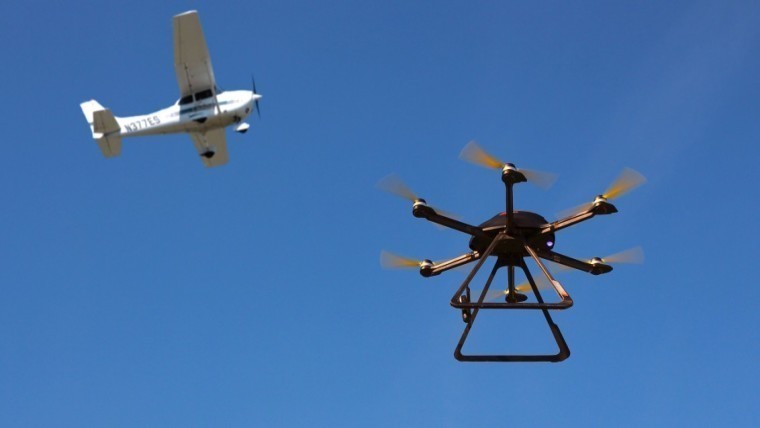 A passenger aircraft almost collided with a drone flying at 500ft above a primary school in Birmingham, England. The near miss, which took place on the morning of September 7th 2016, has been confirmed by a recent report into the incident. The local police forces were unable to locate the drone or its operative.

According to UKAB - the official board for investigating near airborne collisions - the commercial DH8 turboprop aircraft came within 1600ft of the drone, before managing to land safely. This incident is amongst 60 other near collisions between aircraft and drones, reported to UKAB in the past year.

The Civil Aviation Authority stipulates that drones must not be flown higher than 400ft, or within close proximity to airports or airfields. According to Sky News, a British Airways pilot suggests the realisation of a plane-drone collision could result in an "uncontrolled engine failure."

Despite this, UKAB's report confirmed that:

"The drone operator, by operating at that position and altitude on the approach path to Birmingham airport, had flown the drone into conflict and had endangered the DH8 and its passengers."

Whilst there persists incidents of near misses with drones, there have been efforts made by the authorities to limit these hazards. For example, the Drone Assist app designed by the authorities, aims to educate and help drone pilots stay clear of no-fly zones. Moreover, the Telegraph reports that the government has proposed mandatory registration for all drones within the UK - with the aim to reduce careless or misguided flying.

Source: UKAB via Sky News | Image of a drone and airplane via Aviation Buzzword