Microsoft has recently been in the middle of a lot of controversy regarding its Edge web browser. The company has been trying hard to promote Edge to more users and one may argue that its approach hasn't been the most astutely planned one.

However, the company is not relentless in this method, it seems, and is also considering user feedback while on this path. For example, choosing the default browser on Windows 11 is currently a tedious process for many as it requires selecting the default browser for the file types one by one. There was a lot of backlash and criticism from other major browser vendors regarding this.

Microsoft has taken in this negative feedback and has amended this process of default browser selection with the recent Dev Channel Insider build 22509. There is a new "Set default" option present in it the Default Apps settings. The company also made some interesting Start menu changes too. Read all about the new build here.

The Before/After images slider below shows how the new "Set default" option works: 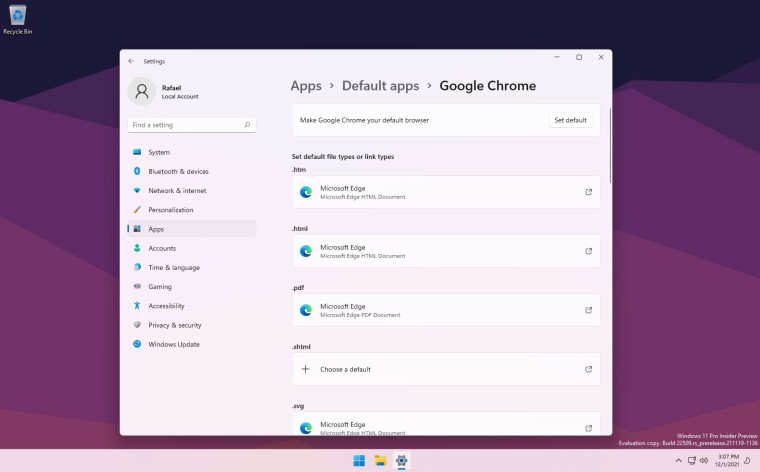 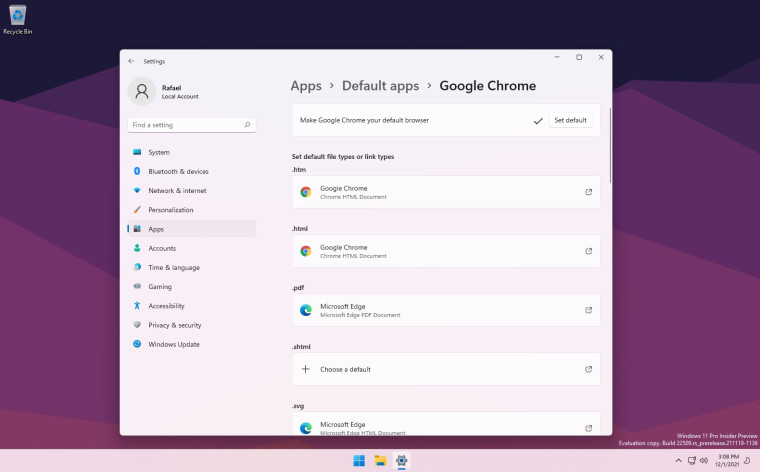 As you may have noticed above, for now at least, the Set default option works with .htm and .html files and does not universally select a browser as the default for all file types, but that may change in the future.

That said, it is important to note that Dev Channel builds are not tied to a specific version of the OS so there's no knowing when, or if, these changes will become generally available.