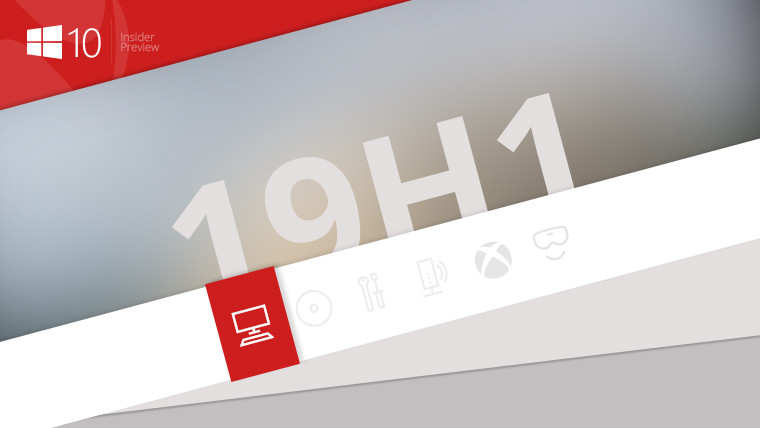 With Windows 10 19H1 development winding down and an RTM build expected to be released to Windows Insiders next month, Microsoft is already testing builds from 20H1 in the Skip Ahead ring, the feature update that will ship in the first half of 2020. If you want to test the next feature update, which will be available later on this year and is called 19H2, you'll have to stick to the regular Fast ring.

If you're on the Slow ring, you might be feeling left out though, as the ring hasn't received a single 19H1 build yet. As we wrote in an editorial last year, the Slow ring is becoming a pointless joke, and this is the closest we've ever come to an RTM build without seeing a build in the ring.

There's good news though. Microsoft's Brandon LeBlanc says that it's coming soon, which various members of the Insider team have been saying for a couple of weeks now. Unfortunately, it's not coming as soon as you might have expected, if you were expecting it to arrive any day.

We're working on it. We've got a candidate in mind - will push that to Fast ring soon (TM).

LeBlanc tweeted that while Microsoft does have a Slow ring candidate in mind, that's coming to the Fast ring soon. That means that whatever the new build in the Slow ring is, it's not in the Fast ring yet, so this week is out for a new Slow ring build. If we're lucky, there will be a Fast ring build today and it will be pushed to the Slow ring next week.

But if you're on the Slow ring and you're checking for updates at 10am PT every day, you can relax for now, since the candidate isn't even in the Fast ring yet.