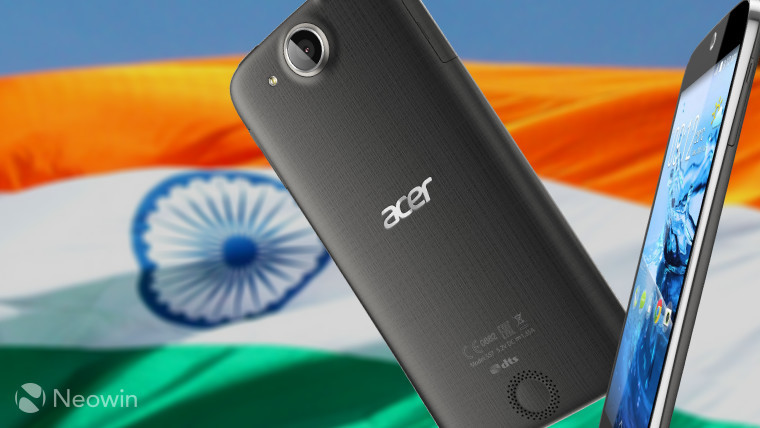 India is the world's fastest-growing smartphone market, thanks to falling prices, and wider availability of 3G and 4G mobile networks. But the rise in demand for new handsets has resulted in a rush of manufacturers flocking to India to grab a piece of the pie, and that intense competition has now taken its toll on one device-maker.

Acer began selling smartphones there six years ago, but the Taiwanese company is now admitting defeat, and ending its mobile efforts in India.

Acer India's managing director, Harish Kohli, placed at least part of the blame for the failure of its mobile business there on government policy, including the administration's 'Make in India' program - an effort to encourage international manufacturers to build more of their products in the country.

"The change in government policies of Make in India and other aspects; our realization has been that it is too much of a market which is left to the smaller brands rather than any larger brands trying to enter it at this particular stage," he said to Mashable.

"Today, mobiles have become a commodity from a price-point basis, rather than an experience basis," he added. "There are very few products based on experience. When you are into that kind of a space, it is a decision you need to take, whether to produce a quality product and bleed or just copy others and make a product for a particular price-point."

But Acer has also attracted criticism from analysts and industry observers, who say that the company's approach to the Indian smartphone market was fundamentally flawed. One analyst commented that Acer had done little to engage users online, and it ignored the hugely popular 'flash sale' methods used by its more successful rivals, offering devices with sizeable discounts for a very limited time to generate buzz around the brand and its products.

Consequently, while Xiaomi sold three million phones in India during Q3 2016 alone, Acer has sold just 30,000 handsets there during the entire year, according to Counterpoint Research. Acer's global smartphone market share stood at just 0.04% in the third quarter of this year.