It's raining Windows 10 devices at Acer's IFA 2017 event in Berlin. The company has announced a slew of devices powered by Microsoft's OS including gaming desktops, all-in-ones, and convertibles.

This beast of a machine can support over 8K UHD, and features up to an Intel Core i9 Extreme Edition 18-core processor, with up to a 4-way AMD Radeon RX Vega 64 in CrossFire or two-way Nvidia GeForce GTX 1080Ti in SLI. To keep the temperatures low, Acer is including something that it has dubbed as 'Ice Tunnel 2.0', which is just a fancy name for a solution that splits the system into several different thermal zones; for the processor, Acer is using an all-in-one liquid cooler.

The Orion 9000 series will be available in North America this December with prices starting at $1,999, and in EMEA in November starting at €1,999. 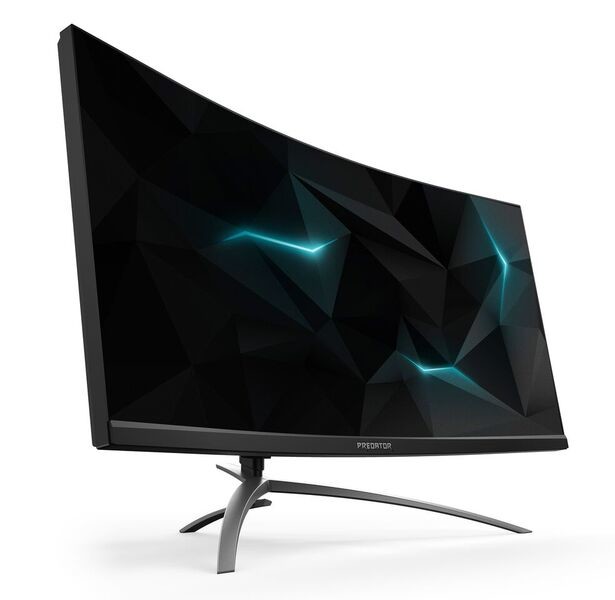 The Acer Predator X35 is a 35-inch, 21:9 ultra-wide quantum dot monitor with a 1800 curvature and a WQHD (3440 x 1440) resolution. Nvidia's G-Sync and Acer's HDR Ultra also make a welcome addition, with the monitor boasting a 200Hz refresh rate, a 4ms response time, as well as 512 Dynamic Backlight Zones. It's expected to be available sometime in Q1 2018, but there appears to be no word on its price just yet.

This 2-in-1 detachable seems to be in direct competition of the Surface Pro released earlier this year. The device sports a 13.5-inch IPS display with 2256×1504 resolution and its internals includes an 8th generation Intel Core i7 processor, Nvidia GeForce MX150, and Acer's Dual LiquidLoop fanless cooling technology. It also comes with an auto-retractable stand that Acer has handily dubbed as 'AutoStand'.

The device weighs about 1.15kg (2.5lbs), supports Windows Hello and has an embedded battery-free stylus powered by Wacom's EMR technology. The Switch 7 Black Edition will be available in North America in December with prices starting at $1,699, and in EMEA in December starting at €1,999.

While its predecessor offered only a 15.6" display, this year Acer is introducing two variants of its lightweight convertible: 13-inch and 15-inch. The Spin 5 sports an 8th generation Intel Core i5 or i7 processor, front-facing speakers, up to 16GB of DDR4 memory, and Dolby Audio Premium along with Acer TrueHarmony and promises of up to 13 hours of battery life.

The Aspire S24 is an all-in-one that comes with a side-profile of just 5.97 mm with thin bezels that provide a 90% screen-to-body ratio. On the inside, it comes with an 8th generation Intel Core i5 or i7 processor, a tiltable (-5 to 30 degree) FHD IPS display, Qi wireless charging pad and Acer VisionCare technology.