Acer confirmed the launch of its smartphone on Wednesday in an invite to Pocketlint, an U.K based gadget news and reviews site. Since Acer acquired smartphone maker E-Ten (a.k.a) Glofiish last year there had been rumors that the company will be launching its "Microsoft based" smartphone early this year.

Now Acer has confirmed its smartphone launch on February 16th at the big Mobile World Congress cellphone event in Barcelona. President and CEO Gianfranco Lanci and the head of Handheld Business Unit will be present at the event. No mention was made about the model of smartphone to be launched. 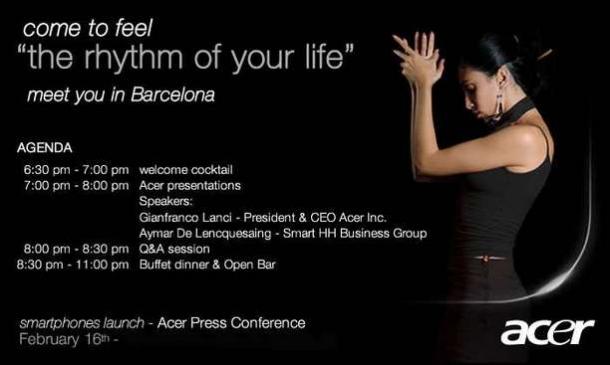