The latest tracking stats for Windows devices have been released by advertising network AdDuplex, which monitors usage across its network to create a detailed monthly breakdown of Microsoft's mobile ecosystem, along with key details on usage of Windows 10 PCs. Each month, the reports capture a snapshot of worldwide usage across one 24-hour period - in this case, April 24, 2017. 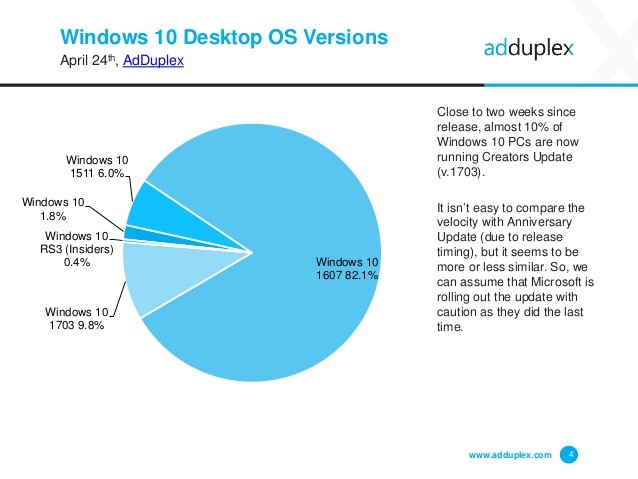 At the time of the report's data collection, the Windows 10 Creators Update had only been rolling out to PCs for 13 days (you can add an additional week for manual installations and even longer for Insiders). In this relatively short period of time, the feature update made its way to 9.8% of the over 400 million Windows 10 PCs in usage.

It's a staged rollout, so it's no surprise that the Anniversary Update is still on 82.1% of devices. 1.8% are still on the original version of the OS, now called 1507, which won't be supported after May 9. 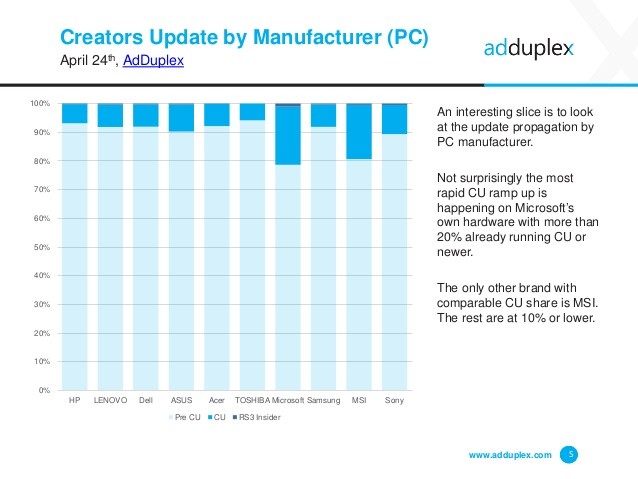 From this slide, we can see which OEMs have pushed out the Creators Update to the largest portions of their products. It's not exactly fair, since all of these companies have different amounts of products with different sized user bases, although it's not surprising that Microsoft's devices are seeing the most updates.

MSI closely follows Microsoft, and in a distant third and fourth are Sony and Dell, respectively. 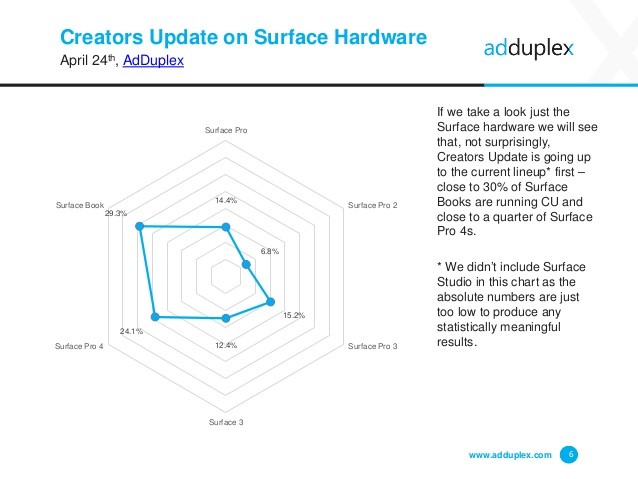 Unsurprisingly, Microsoft's two newest Surface PCs - Book and Pro 4 - have the biggest share of devices that received the Creators Update. Interestingly, the slide says that the Surface Studio isn't listed because the number is just too low. 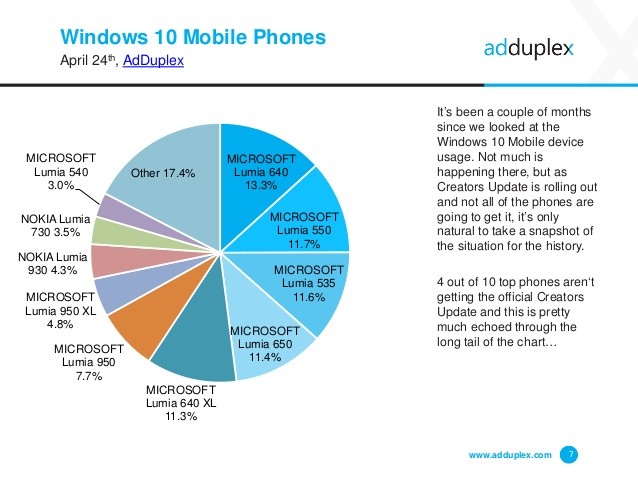 Windows 10 Mobile usage is interesting, as the Creators Update for phones is rolling out today, ending support for all Windows Phone 8.1 devices except for the Lumia 640 and 640 XL. We can see that the third most popular Windows 10 Mobile device, along with the eighth, ninth, and tenth most popular, won't be getting the update unless they're in the Release Preview ring. 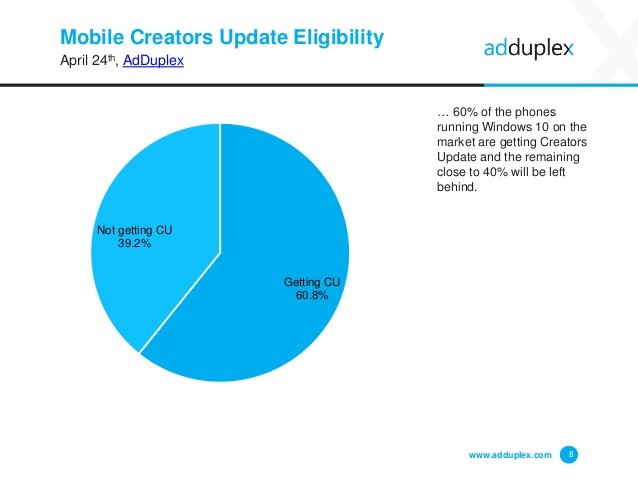 While just 13 phones will be receiving the update, those handsets actually make up 60.8% of Windows 10 Mobile devices. As of February's AdDuplex report, just 17% of Windows phones are running Windows 10, meaning that after today, just 10.3% of handsets will be supported. 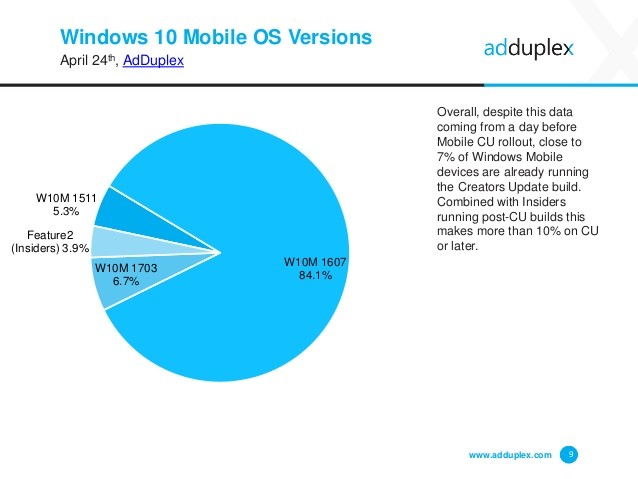 The version breakdown of Windows 10 Mobile is interesting, because it should be representative of how many people are in the Fast and Slow rings of the Windows Insider Program, at least for phones. At the moment, anyone actively using a phone in the Fast ring should be on feature2, and anyone on the Slow ring should be on the Creators Update (1703).

Nothing about today's usage breakdowns is particularly shocking; however, there is quite a bit of insight into phone usage here, including how many devices will continue to be supported, Insider usage, and more.