After trying to guess your age, Microsoft is now trying to see if you have a twin or not, with a new website called Twins or Not. 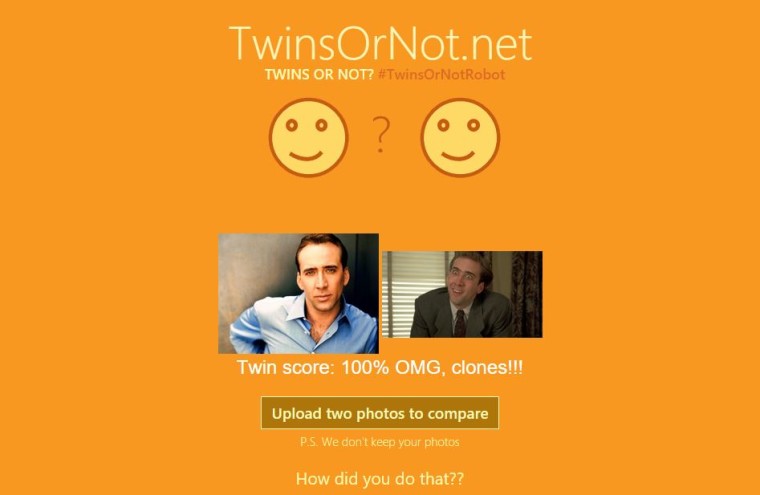 Now Microsoft is leveraging those same capabilities to see if two people are identical twins or not. Users can upload two images, and the program will detect and compare faces to see if they’re a match. So far, the program seems to be even more accurate than the age-detection experiment. You can try it out here.

Of course, Microsoft’s aim is not only to showcase how well its algorithms work but also to highlight how easy they are to implement in projects. The website’s developer, Mat Velloso, created the whole project in only four hours.

If Microsoft is employing machine learning, its algorithms should get better the more they’re used, so hopefully we’ll see this tech become even more accurate and integrated into useful products.

Source: Twins or Not? | Thanks Walking Cat for the tip!