It has been three months since the Season One update hit the latest Age of Empires entry by Relic Entertainment, and right on schedule, fans can now jump into the second season. Dubbed Season Two: Map Monsters, this major Age of Empires IV update carries new features like a map preference system, a new ranked season, a new camera mode, and much more.

Starting off, the highly requested map preference system works like this. When matchmaking across Quick Match or Ranked, players can now affect what maps from the available pool will be chosen for play. Players may 'downvote' the maps they prefer not to play on, and after the game checks the opponent's values, a map with the least downvotes will be selected for the round.

At the same time, key binding customization has been improved once again. Now, Relic lets players switch the hotkey system off from the Grid Layout completely, making every key independently assignable to any action. Even conflicting hotkeys are allowed now.

The studio has also introduced a new camera setting named Panoramic, which players can select over the original Classic setting via the options. As zooming out the camera more would have created unit selection and readability issues, the new camera offers a more top-down angle that is said to “enhance gameplay feel, battlefield clarity, and base management.”

See the difference of Classic (before) and Panoramic (After) styles below: 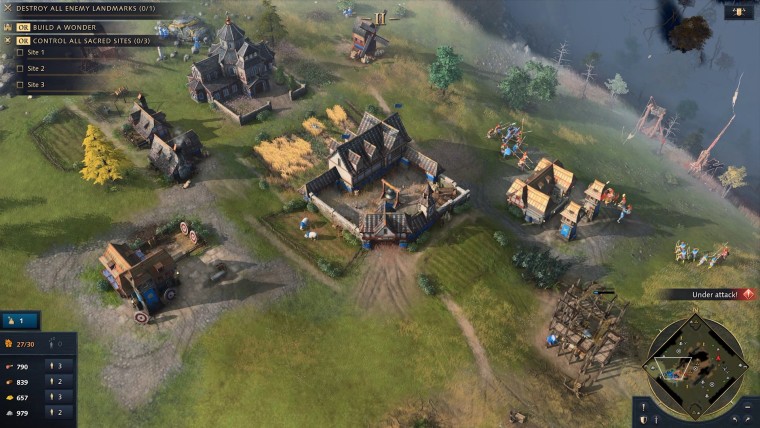 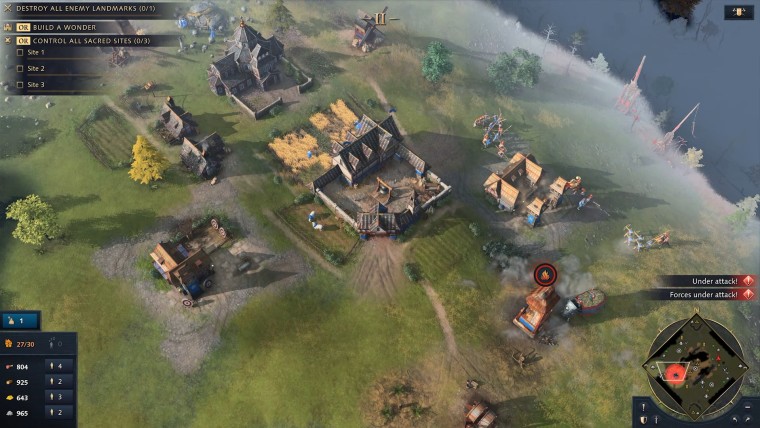 Meanwhile, those wanting to jump into the brilliant campaign missions present in Age of Empires IV don't have to go through the four historical storylines in order anymore. With the change, all missions in the single-player campaigns can now be played in any order.

Other changes included in the update include picking custom team colors, a new open map for multiplayer titled The Pit, as well as more streamlined alerts and mini-map notifications to lower the number redundant of pings.