Imagine sitting in the airport, drink in hand, waiting to fly off to that dream destination. Suddenly you notice that your flight has been delayed. Frustrating as it is, you drink up, accept it and wait (im)patiently. It turns out that this was probably the case for hundreds of passengers, on 30 April, in the Los Angeles area recently; all thanks to an anomaly with a $2.4 billion Lockheed Martin Corp (En Route Automation Modernization system, or ERAM) air traffic control system.

In fact it was a U-2 spy plane that caused the system to fail with the root cause down to altitude (pun intended). 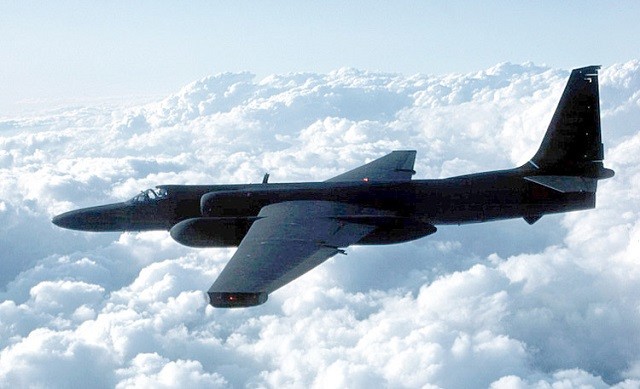 A U-2 spy plane, similar to the one that caused flights to be delayed

Without going into too much detail, the system failed because of the complex nature of the U-2’s flight plan. While most aircraft have a very simple flight plan that limits the data sent back to the ERAM, therefore staying within the system limits, the U-2’s plan was operating close to those limits. With the plane being mid-flight, passing in and out of LA controlled airspace, a controller entered the usual altitude of approximately 60,000 feet for a U-2 plane. The system then took it upon itself to consider all altitudes between ground level and infinity for that flight.

It was the sheer volume of data that the ERAM had to calculate subsequently causing the system to, essentially, lock up and cycle through restarts. While no members of staff were allowed to speak publicly about the incident, sources have said:

The system is only designed to take so much data per airplane. It keeps failing itself because it's exceeded the limit of what it can do.

Downtime was limited to less than an hour, the timeliness of which was not wasted on Nate Pair, president of the Los Angeles Center for the National Air Traffic Controllers Association. He said of the incident:

We were completely shut down and 46 minutes later we were back up and running. That could have easily been several hours and then we would have been into flight delays for days because of the ripple effects.

A Federal Aviation Administration (FAA) spokesperson, Laura Brown said that the ERAM had to “de-conflict the aircraft with lower-altitude flights” and that this process “used a large amount of available memory and interrupted the computer's other flight-processing functions.”

Now the ERAM requires all flights to have their altitude specified in their plans and more memory has been added to the system.

While there is serious concern that the ERAM, or other flight control systems could be compromised in the form of a cyber-attack, a former military and commercial pilot has said “It would be hard to replicate by a hostile government, but it shows a very basic limitation of the system.”

So, next time your flight is delayed, even for 15 minutes, just remember it might not be because of a “problem with the plane.”