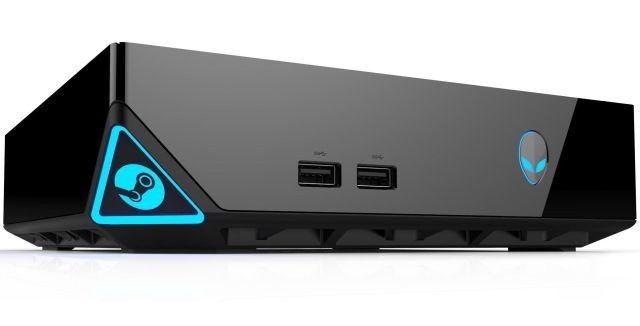 Valve is pushing for its Linux-based SteamOS to be used inside a number of Steam Machines made by third party OEMs. The first such products are scheduled to be released later this year, but a report shows that at least one OEM isn't expecting to make a lot of money from its offering.

The Wall Street Journal quotes Frank Azor, the general manager of Dell's Alienware division, as saying it will be "very challenging" to launch its Steam Machine. He added, "This will absolutely be the least profitable system we ever sell."

That statement would seem to imply that Azor was not all that confident about the chances of success for Valve's Steam Machine efforts. In another statement sent to PC Gamer, he clarified his remarks, saying:

Alienware is very optimistic about PC gaming's future and its opportunity to extend to the TV. We have been partners with Valve since the inception of the Steam Machine over 2 years ago. Our decision to invest in developing the purpose-built Alienware Steam Machine, pairing it with incredible performance and pricing it as aggressively as possible has everything to do with how much we believe in this vision and want to see it materialize.

Alienware currently expects to launch its Steam Machine sometime in September, but has offered little information on the hardware inside its product. It has already disclosed that owners won't be able to upgrade Alienware's Steam Machines on their own as easily as their normal desktop gaming PCs, which may go without saying for any console based unit.