It's been tough times for Windows phones recently, with numerous developers dropping support for the platform. Rovio ceased development of all its games on Windows phones and PCs to shift focus to Android and iOS, and Spotify and Wells Fargo halted development for those with older Windows Phone 8.1 devices, among many other developers.

Now, another major company, namely Amazon, has also announced that it's ending support for all Windows phone devices from August 15 - a bit later than the previously announced date of July 25. 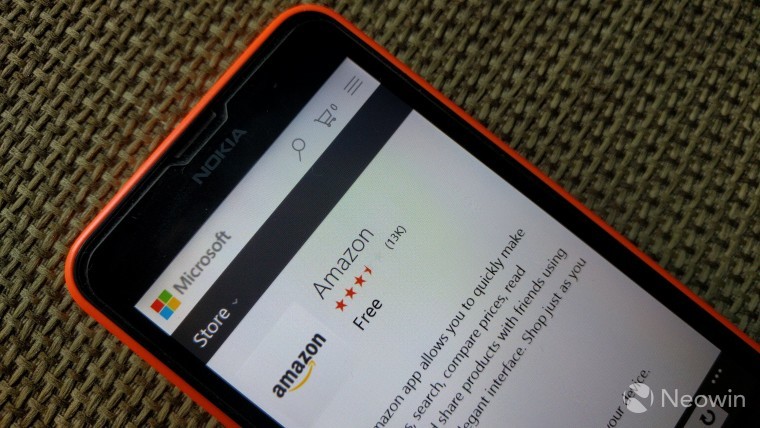 In a mail sent out to various customers, Amazon has directed Windows phone users to visit the company's website via their phone browsers instead, stating:

Our records indicate that you have previously installed the Amazon App for Windows Phone from the Microsoft App Store.

We will be retiring the app you currently have on your device, meaning its contents will no longer be updated. You will still have access to the app until 15 August, 2016.

We encourage you to visit Amazon.co.uk on your mobile browser where you will have access to our newest shopping features and customer experience.

We look forward to seeing you again soon.

Unfortunately, the company has not announced any plans for a Universal app for Windows 10 devices as of yet.

Given that Microsoft is trying to persuade developers to build apps for its platform using its Universal Windows Platform strategy, this news will come as a blow to the company as well as its customers. While many companies and developers have answered Microsoft's call with Universal apps - including Plex, Expedia, and the United States Postal Service, among many others - the departure of some brands like Amazon certainly spells bad news for the Redmond giant. We've reached out to Amazon to inquire on the possibility of a Universal app in the future, and will update if they respond.