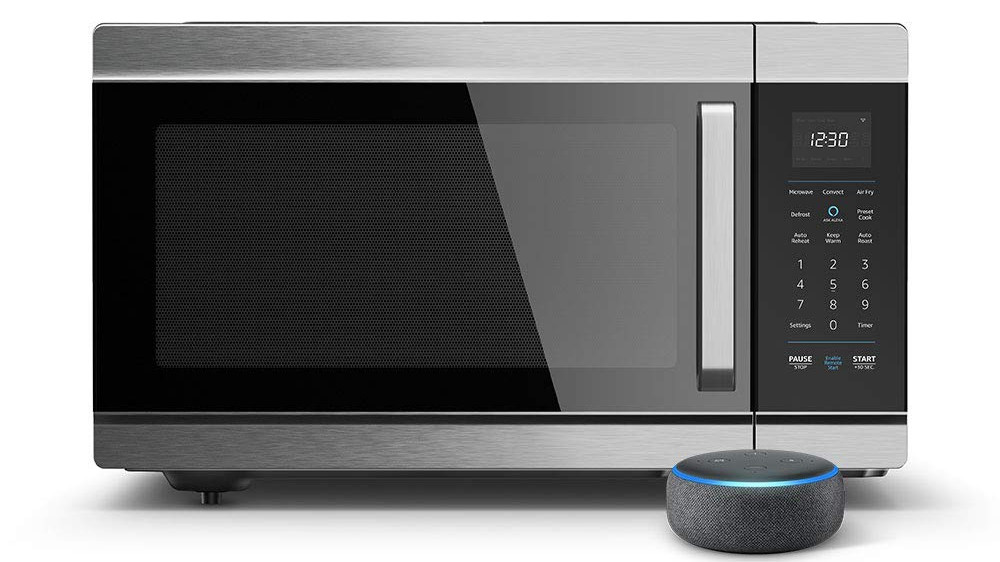 Smart devices for the kitchen have been gaining traction recently due to the convenience they render. Since being in the kitchen might make hands dirty, the ability to control devices with voice while indulged in other tasks is appealing to consumers. As Amazon is one of the industry leaders in smart home devices, it announced the Alexa-enabled Smart Oven in September. Until now, it had been available only for pre-order but the smart oven is available on Amazon's site for $250 as of today.

Smart Oven is a 4-in-1 microwave, convection oven, food warmer, and air fryer, featuring more than 30 built-in presets. It also comes with the ability to see the temperature, informing consumers when the food is to their liking. The 'Scan-to-Cook' feature automatically configures the heating options for food bought from Amazon. Alexa, which is compatible with the smart oven, can inform users when their food is done so they don't need to keep on standing by the oven.

For the smart oven to work with Alexa, users need to pair it with an existing Echo device. As a convenience, Amazon is shipping out the Smart Oven with a free Echo dot. If you're buying the device, you may opt out of buying the Echo Dot, but since you'll have to pay the same price, there's no reason not to get the free speaker.