At CES 2018, Intel revealed an interesting new CPU that for the first time, included dedicated graphics on the die. Called Kaby Lake G and from the eighth-gen family, these were seventh-gen H-series CPUs but with added AMD Radeon graphics. The product was fairly short-lived, with Intel discontinuing the family of chips last October.

Now, it seems that AMD has ended support for the Radeon graphics included on the chips, as spotted in a report from Tom's Hardware. Intel had actually promised five years of support for Kaby Lake G, and it seems that it's not going to deliver on that. According to the report, you can't even get a driver update to support the Windows 10 May 2020 Update. 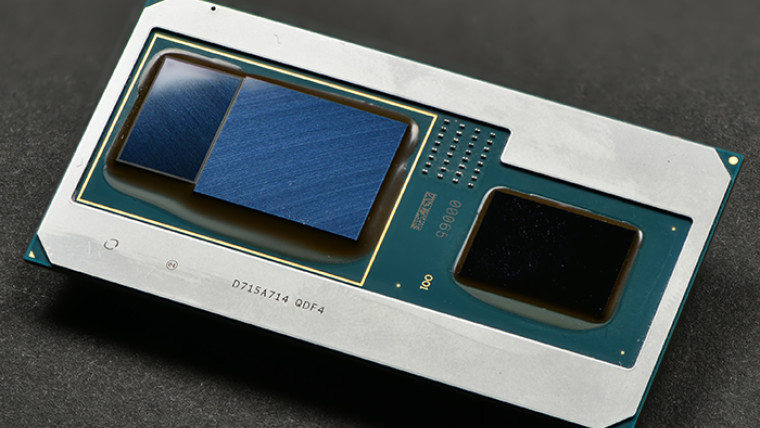 To be clear, there were only a handful of products that ever used Kaby Lake G, such as Intel's NUC 8 Extreme Mini PCs, which Intel says it's trying to bring back support for, along with HP's Spectre x360 15 and Dell's XPS 15 2-in-1. The whole idea was that by putting dedicated graphics on the die, it would allow for thinner and lighter form factors that don't sacrifice power. In fact, the Dell XPS 15 2-in-1, is the only XPS 15 convertible that was ever made.

The 'G' suffix on Intel's processors is now being used on Ice Lake for Iris Plus Graphics, although those are 9W and 15W processors that are made for ultrabooks. Intel is working on its own dedicated graphics, called Xe, so it would seem that that's what will be included if there's ever an actual successor to Kaby Lake G.