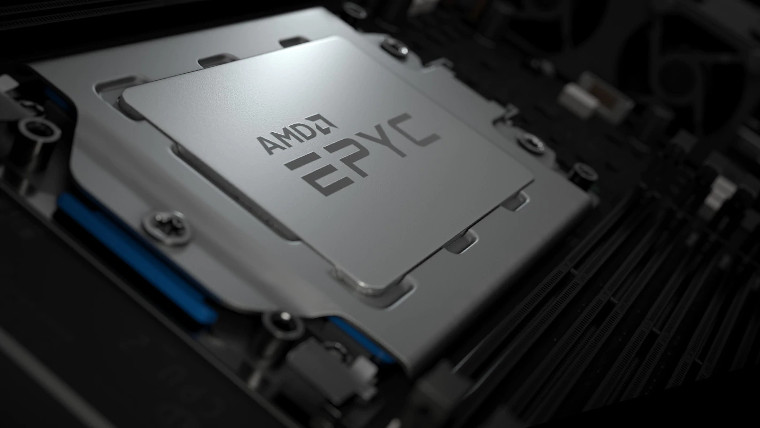 AMD, in partnership with HPE, announced today that its fourth-gen EPYC, based on 'Zen 4' CPU core, will be powering the Lawrence Livermore National Laboratory (LLNL)'s upcoming exascale Supercomputer dubbed the 'El Capitan'. The computer will also be featuring next-gen Radeon Instinct GPUs as accelerators. The two will work in tandem in AMD's enhanced version of the open-source heterogenous ROCm software environment.

As such, the listed specification for El Capitan currently is as follows:

All this combined is expected to surpass two exaflops of double-precision (FP64) performance making it the World's fastest Supercomputer. This will be AMD's second exascale system, the first being the Frontier OLCF-5.

The El Capitan is primarily being designed to overlook the operations of the U.S. National Nuclear Security Administration, and ensure the safety and security of the U.S. nuclear reserves and arsenal.

Early 2023 is when AMD believes the El Capitan should be deployed so there's still a long way to go.