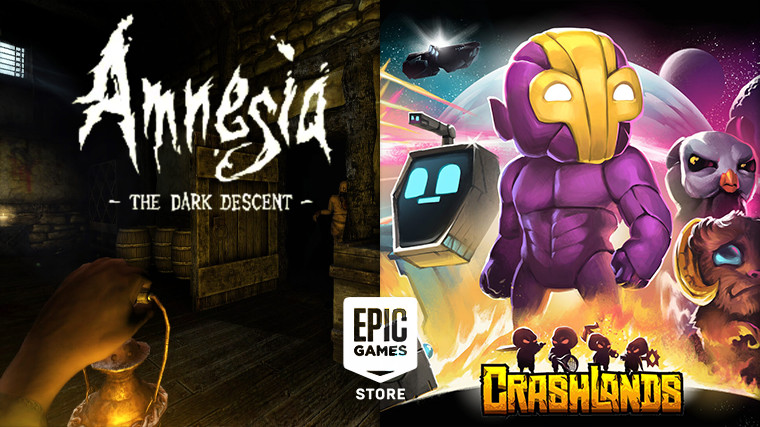 Amnesia: The Dark Descent and Crashlands are on offer to claim for free this week at the Epic Games Store, taking the place of For The King.

Amnesia: The Dark Descent is a first-person survival horror title. It was the first title in the Amnesia series, praised for its atmosphere, gameplay, and horror elements. Here’s how the Epic Games Store describes the title:

Amnesia: The Dark Descent, a first person survival horror. A game about immersion, discovery and living through a nightmare. An experience that will chill you to the core.

Crashlands is a light-hearted story-driven action adventure title with RPG elements, crafting, an infinite inventory, base building, and more. Originally released in January of 2016, the game was received positively by players and critics alike. Here’s how the Epic Games Store describes it:

Craft, battle, and quest your way through Crashlands, a story-driven Crafting ARPG overflowing with sass!

Epic Games Store is offering Amnesia: The Dark Descent and Crashlands for Windows, however, they are also available for macOS and Linux via Steam, where they are priced at $19.99 and $14.99, respectively, at the time of writing. Here are the minimum requirements:

If you wish to claim Amnesia: The Dark Descent or Crashlands, you can find them here, note that you may have to enable two-factor authentication for your account. They will be free to claim until May 7, which is when Epic will put on offer Death Coming for its next giveaway.