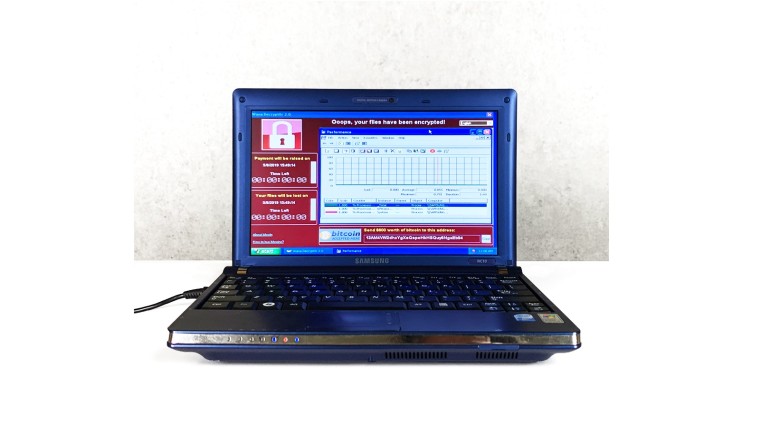 Guo O Dong, a Chinese internet artist has put up a very interesting laptop for sale online. Duly christened "The Persistence of Chaos", the old Samsung laptop isn't your average used PC - it's running some of the deadliest computer viruses in existence. Totalling up to six in number, the pieces of malware have caused damages measuring up to $95 billion over the course of their collective existence. For safety purposes, the computer has been isolated and air-gapped to prevent the malware it contains from spreading.

The infected laptop was created in collaboration with DeepInstinct, a privately owned New York-based cybersecurity company. The highly destructive collection of cyberweapons is currently available for purchase to the highest bidder in an online auction with a minimum bid of $1,200,750. Buyers can view the laptop in real-time as it is being streamed live on the auction's website.

And what exactly will the buyer get for his/her money? The answer: an air-gapped Samsung NC10-14GB 10.2-Inch Blue Netbook running Windows XP SP3 and six deadly viruses, a power cord and a restart script. Since the sale of malware for operational purposes is illegal in the U.S., the Samsung laptop is being sold as a "piece of art" or for academic reasons. Once the auction is over and a buyer has been established, the computer’s ports and internet functionalities will be disabled.

Here is a detailed list of the six pieces of malware contained within the laptop:

Artist Guo O Dong described his hazardous creation as “a kind of bestiary — a catalogue of historical threats”. He described the ideology behind his project: “We have this fantasy that things that happen in computers can’t actually affect us, but this is absurd. Weaponized viruses that affect power grids or public infrastructure can cause direct harm.”

Dong went on to state that the WannaCry virus serves as the perfect example of how cyber attacks can cause physical harm. He said:

“WannaCry ... caused the [UK’s National Health Service] the equivalent of $100 million in damages and led to the cancellation of tens of thousands of doctors’ appointments. It is not a leap to say this caused significant human harm, though it might be hard to pinpoint the effects exactly down to the patient.”

At the time of writing, the highest bid for the Samsung laptop capable of incredible amounts of physical and financial damage stands at $1,200,749, with approximately one day and ten hours left for the auction to conclude.

Source: The Persistence of Chaos via The Verge