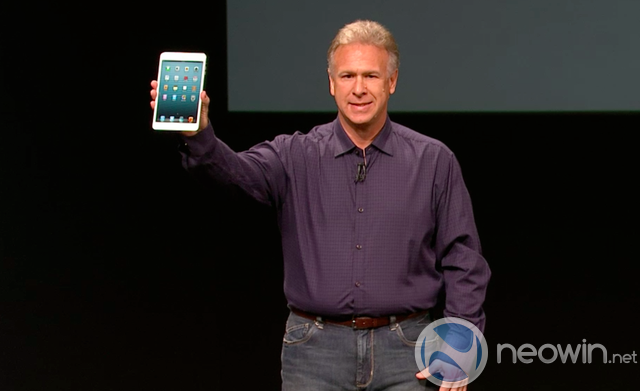 Apple is expected to release a Retina iPad mini in the second half of 2013, according to Paul Semenza, an analyst at DisplaySearch. Semenza said the Retina version of the mini could be available third or fourth quarter 2013 and include a 324ppi, 2048x1536 pixel display.

Unsurprisingly, that means the same amount of pixels will be present as the current generation iPad, making it easier for developers. The current iPad mini has a resolution of 1024x768, the same as the iPad 2.

Speaking to CNET, Semenza was confident that Apple will introduce the new iPad later this year. "We're seeing potential in the third quarter of panel production for a higher-resolution iPad mini," he said. "When would the Mini be available? Could be third quarter or fourth quarter."

Semenza said that Apple opting for a 2048x1536 pixel display is a "typical step up" and is the same jump seen on the iPad 2 to 3. LG Displays is the favourite to produce the new high-density panels, but the technical effort will be large as the iPad mini will need to retain its slight 7.2mm frame. KGI Securities analyst Ming-Chi Kuo has already laid out his roadmap for Apple products in 2013, with a new Retina iPad mini coming in Q3.

iMore has a separate report that speculates that the Retina iPad mini could be available as soon as April, contradicting Semenza. iMore has a good track record when it comes to predicting Apple launch events, having got the iPhone 5's date months before Apple officially announced it.

According to Semenza, the Nexus 7 could also need a large pixel bump, from 1280x800 to an "HD+" resolution of 1920 x 1200, giving a pixel density of 323ppi, coming in a just one pixel lower per inch than the rumoured Retina iPad mini. This ultra-high resolution Nexus 7 would come out in Q2 2013, ahead of Apple's new iPad mini, he said.