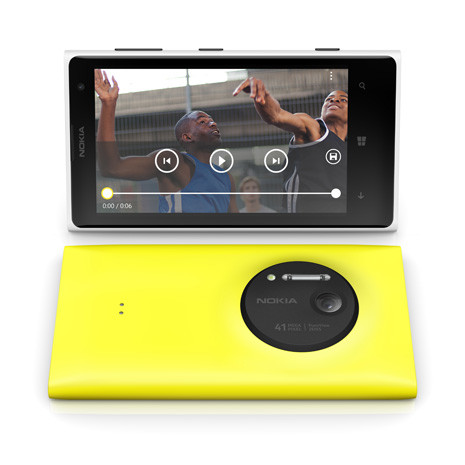 AT&T started selling the Nokia Lumia 1020 on Friday in its retail stores in the U.S., but a new analyst report claims that so far, the latest Windows Phone 8 device has not exactly been flying off the shelves. The report comes from William Power of R. W. Baird, who said that the firm visited a number of AT&T stores this past weekend to check out sales of the device.

According to Barron's, Power claims that while AT&T store representatives praised the Nokia Lumia 1020, and its 41-megapixel camera, so far sales of the smartphone were called "modest at best." Power claim that the firm only found a handful of AT&T stores that were sold out of the Lumia 1020, and that sometimes, the firm found that they were the first people to ask about the phone when they went into retail stores.

So what might be the sales hold up? Power claims that the high price for the Lumia 1020 ($299 with a two-year contract) might be an issue. Some customers were also apparently concerned with switching over to the Windows Phone 8 operating system itself.

AT&T took pre-orders for the Nokia Lumia 1020 10 days before the smartphone went on sale in stores. While the carrier quickly ran out of its first online pre-order shipments, AT&T's site is currently showing that the phone is in stock in all three of its colors.