When Google officially announced and showcased Android 4.1 Jelly Bean at the I/O conference, it was understood that Google wanted this to be a somewhat minor update to last year’s Android 4.0 (Ice-cream Sandwich) update, so in this review, I’ll just be covering all new features. However, if you want to have an in-sight of what Android currently offers, you should read our Ice-cream Sandwich review then proceed to read this.

How does Jelly Bean look?

The build’s aesthetics generally looks like ICS but with a few tweaks here and there, which is a good thing. The problem that Android had previously was that the UI was and still is inconsistent in some areas. Jelly Bean adapts itself on the dark “Holo” theme, which is the Tron-like blue, black and gradient grey theme you can see in the settings below: 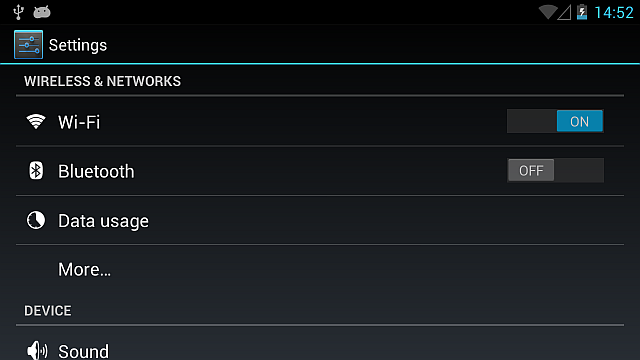 The theme itself is also a part of the open-source project for Android, which basically means that developers can adapt the theme to their apps, which was originally introduced in the ICS source – a good example of a current application that uses this is Boid for Twitter (pictured below). 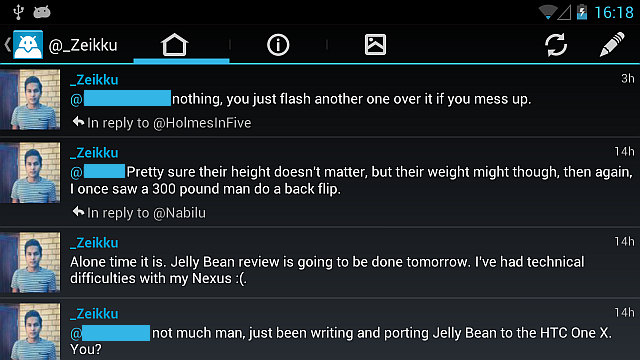 Boid looks fantastic, and I believe that by Android having an actual theme, it could make applications a little more aesthetically consistent in future. However, I do feel that something like this should have been done a long time ago, but still, it’s better late than never. 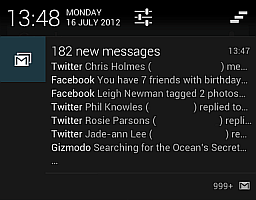 Google announced at its I/O conference that it was pleased with the fact Google+ has been used primarily on mobile so it has enhanced both its Android and iOS app, and also incorporated the ability to share things via the notification slider. For example, if you wanted to share a screenshot from your Android on Google+ or simply give this notification a +1, you can do this all from the notification bar, which does make things easier seeing as having to manually go into your image gallery or the social media application of choice does take a little longer. This simply is a quick method and takes away navigation time, which is always welcomed.

A new font is present in Jelly Bean and it actually looks cleaner and nicer than the default ICS font. This new font is modern, easy to read and generally blends into the theme and the UI extremely well. The font itself is an improved revamped Roboto font and is used for notifications and demonstrations on the introductory setup page when you first boot your Android 4.1 device. The font was also used for the logo in the unveiling of Jelly Bean. 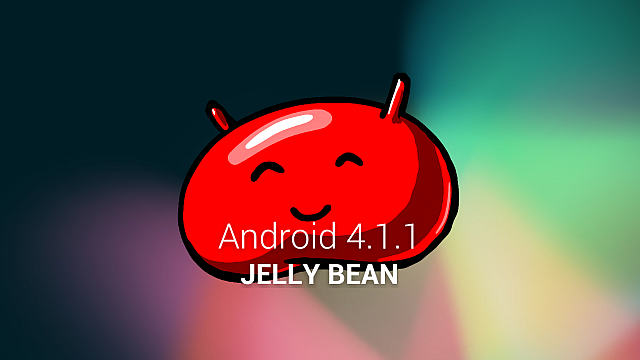 I think the majority of Android users are concerned about “Project Butter” and the performance improvements it has to offer and I can honestly say it’s butter better. The Android system now takes into account the device’s CPU, GPU, RAM and battery; and as a result, this allows maximum optimization at no cost of performance or power. For me, the most notable changes were when I purposely swiped slower on my application grid to see if things would judder or lag and it was pretty smooth, whereas on ICS there was noticeable lag – I continued to play with the system and its use in applications and I got the same positive performance and feedback from the system.

The functionality is pretty much like Android 4.0’s, so as a whole, there isn’t a whole lot left to do to improve it. The system multi-tasks extremely well without a loss in performance and the ability to share things on social networks whether you’re on the web or in your gallery was really embraced in Android 4.0. This means that only minor things were tweaked in Android 4.1 such as the ability to view pictures after you take them by swiping left or right, as opposed to clicking the one thumbnail previously available and accessing the gallery from that.

Additionally, Android now lets you sync details with your email account and other accounts from the settings menu, meaning that Google wants you to use cloud storage and services to store and transfer data, and this is really the thing that keeps me tied to Android – I never lose my data.

Functionality also improves with Google Now integration which is Google’s answer to Apple’s Siri. The idea behind this application is that is uses data entered on Google services and social networks. Google then uses this information to pick out things that you may be interested in and will also give you suggestions of things to do, depending on your location.

Google has powered this service with its new language engine meaning it can point out different words which are spelt the same depending on the context in which it is used. This means words like ‘Worcester’ and ‘Wooster’ will never get confused with each other, which then means results are often proven extremely accurate. I think Google has really innovated and made a service which covers all grounds of accurate voice searching. This is simply one voice searching application worth using.

Android Police had previously posted a voice command demonstration of Google Now which we covered, but it will give you an idea of what Google Now can really do in the video below:

All in all, I’d say Google understands that ICS was its best release yet, both performance wise and visually. The release of Jelly Bean uses the same theme, meaning that it gives developers a lot of room to embrace the system theme for their applications.

The whole idea of Jelly Bean, which you can see throughout the refined UI and performance improvements, is that it is an improved ICS build with an extreme advantage over functionality including the best voice searching we’ve ever witnessed, thanks to Google Now.

However, I and many get the feeling that Google won’t push Jelly bean updates to many devices, which was also a real problem last year when a lot of OEM’s denied pushing ICS builds for their devices – it also explains why HTC, Samsung and Asus were the only three companies named as the ones who will be releasing Jelly Bean updates to their devices at the I/O conference. As a result, I generally feel that Android 4.1 devices will simply be for high-end devices, until I’m proven wrong.

I think that if you’re planning to jump ship to the Android platform from another mobile OS, then you should really invest in an Android 4.1 device – preferably the Galaxy Nexus, Nexus 7 tablet or whatever the next Nexus phone may be. The AOSP version of Android is something me and resident Neowin writer, Tim Schiesser have praised repeatedly in the past, both for its UI and general lightning-fast response to gestures.

Android 4.1 (Jelly Bean) is slick, beautiful, fully-functional and it isn’t the same clunky and ugly OS we saw a few years ago. Android 4.1 screams 'modernity', both visually and with its text and voice search features incorporated within Google Now.