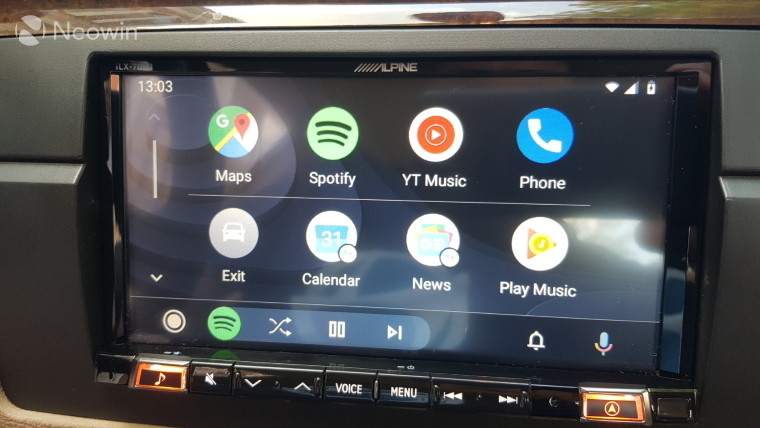 Android Auto has been around for a few years now and expanded to a few brands of car manufacturers over time. One notable omission so far, though, has been BMW, one of the largest carmakers in the world. That's set to change soon, though, as BMW USA has announced it will be adding support for Google's connected car technology in mid-2020.

Not only will Android Auto provide the typical experience you'd expect from it, the feature will also integrate seamlessly with BMW's "fully digital cockpit". That means you don't just get information shown in the central display of the car, but also in the instruments panel above the steering wheel, and even the heads-up display that's projected towards the bottom of the windshield. This should help minimize distractions.

A possible downside to this is that the feature will only work wirelessly, so there's no support for Android Auto in wired mode, something that's strongly suggested by BMW's press release and confirmed by Android Police. This limits you to a handful of phones that support Android Auto in wireless mode, including the Galaxy S8 and Note8 series and later, or Google's own Pixel devices, plus the Nexus 5X and 6P. Interestingly, the Pixel 4 isn't mentioned on the list of compatible devices, though this could be an oversight.

Support for Android Auto will be available for all BMW vehicles that have the BMW Operating System 7.0. You'll be able to see it in action at CES early next year.