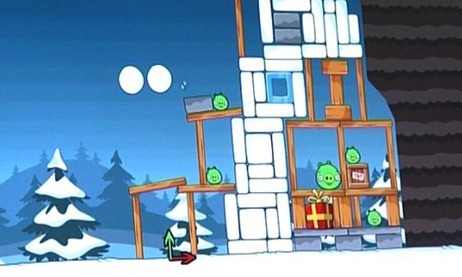 Rovio, the developer behind the mega popular mobile phone game Angry Birds could go public, but if it does it won't happen for some time. Reuters reports via a Finnish business daily story that Rovio's Chief Marketing Officer Peter Vesterbacka said that the company could start selling stocks to the public " ... in three to four years, but we are not in a hurry." He added that going public is still a better option for Rovio rather than selling the company.

The success of Angry Birds has caused Rovio to start expanding, according to the story. The company currently estimates that revenues will be between 50 and 100 million euros in 2011 versus just 6.5 million in 2010. The Finland-based Rovio is currently thinking about opening up an office in China as well as in Japan and the US.

The company's Angry Birds game, which has players using slingshots to fire birds at structures with the idea to eliminate pigs in each structure, has become a true worldwide phenomenon. It launched first for Apple's iPhone/iPod Touch back in December 2009 and since then over 140 million copies have been downloaded for various game platforms, including Android, the Playstation 3/PSP, and the Windows and Mac operating systems. A version of the game designed to run on Facebook is also in the works. Other new versions of the game are planned for other platforms, including the new Nintendo 3DS portable console (in 3D, of course) along with a version for Windows 7 based mobile phones.