Last month, noted Internet gadget news and photo leaker @evleaks posted an image of what he claimed was Nokia's in-development Android smartphone, codenamed Normandy. Today, he has posted up yet another image of the phone on his Twitter account. 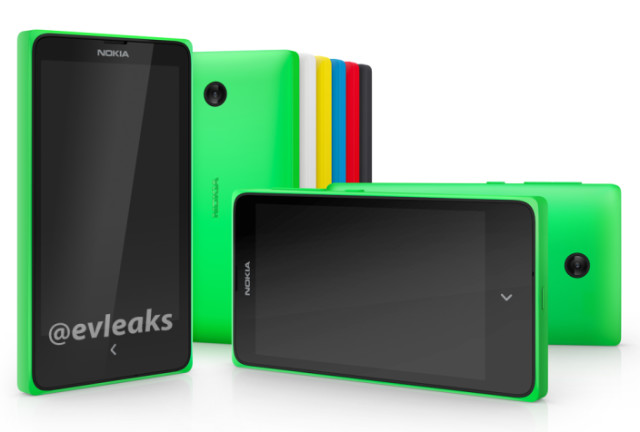 The photo, if accurate, shows that the smartphone comes in a number of different colors, like most of the various Windows Phone devices that Nokia has released in the past two years under the Lumia brand. A recent unconfirmed report claimed Nokia is still working on Normandy with a forked version of Android, even though its Devices and Services division is preparing to become part of Microsoft in the first quarter of 2014.

Even if Nokia's Android phone project is completed, it's still incredibly unlikely to see a public release. It's possible that Nokia could launch the phone just before the deal with Microsoft closes, but such a decision would likely waste the company's resources, as the phone would almost surely be discontinued by Microsoft.