Microsoft continues to develop the official Facebook app for Windows Phone 8 on its own while the social network itself makes the Windows 8.1 app. Today, Microsoft released the latest update to the mobile OS version of the app, which adds several features that have been included in previous beta builds. 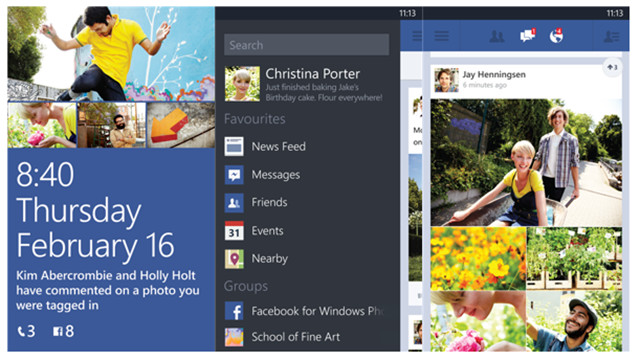 The official Windows Phone blog states that the app raises the version number to 5.2 with this update. One of the changes is a redesign of the primary Live tile which now lets users see what their Facebook friends have posted on their wall. In addition, the app now allows owners to pin chat, events, groups, pages, and photo albums to their Start screen. Microsoft says, "Only on Windows Phone can you see who commented on a photo, what they wrote and which photo they commented on, from your phone’s Start screen Live Tile."

The new 5.2 version adds stickers and emoticons for Facebook chat, along with what Microsoft claims are "faster and more reliable notifications". There has also been some messaging and performance improvements, and the number of languages supported has been increased from 20 to 50. That means the Facebook app now supports all of the languages that are currently used by the Windows Phone 8 OS.