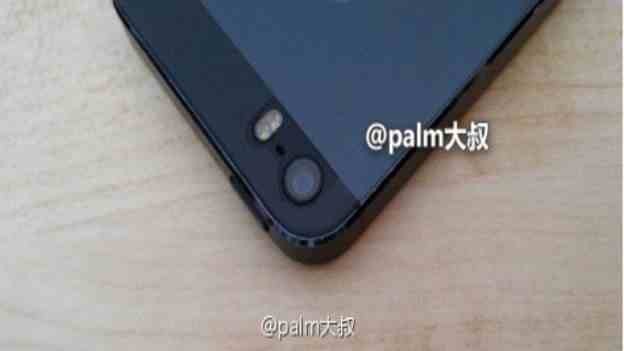 Yesterday we saw a possible glimpse at Apple's next iPhone. As expected, the next iteration of the company's flagship smartphone would remain reasonably unchanged aesthetically while delivering numerous hardware improvements. It was noted, however, that the back of the purported device has a pill-shaped cut out for the LED flash, suggesting that rumours the next iPhone may have dual LED flash may be correct.

Despite the questionable quality of the photo, it clearly shows the pill-shaped flash we've seen on previous images. Given the 13MP sensor on Samsung's Galaxy S4, Apple may be pushing for updated optics in the iPhone 5 in order to keep up. Alongside a new camera, we'll likely see a new A7 processor, improved battery life and the long-rumoured fingerprint scanner that recent patent filings may have confirmed. Naturally, the new device will come with iOS 7 preinstalled.

As well as an updated iPhone 5, we may see a budget iPhone, with approximately 8GB of storage and a coloured plastic case. While this rumour has been around for some time and it's not a particularly Apple-esque move, given Android's quickly dominating market share the company may have to act soon to keep up.