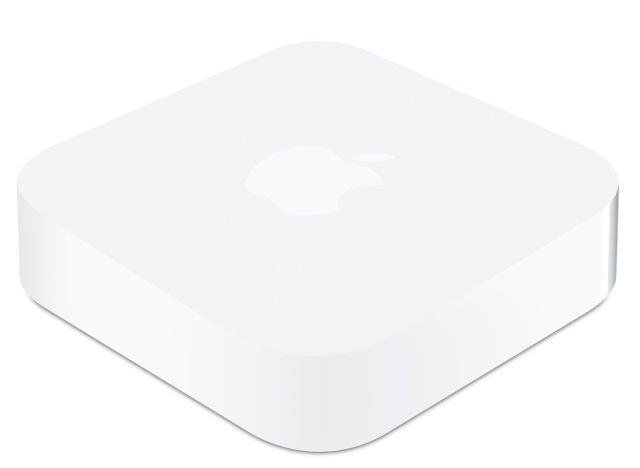 If you have been waiting for Apple to finally release a new hardware version of its AirPort Express Base Station Wi-Fi router, you have likely been waiting a long time. Apple hasn't done a full hardware refresh of the product since 2008. Today, Apple, as part of its WWDC event, finally revealed a new version of the AirPort Express Base Station and you can buy it now at Apple's online store.

As you can see in the photo above, the new version has ditched the wall power plug in favor of a built-in power supply. The new square design is now similar to Apple's larger Extreme Base Station and its Time Capsule product. While the 2008 version had two wireless radios for 802.11n in both 2.4- and 5-GHz bands, the new version allows for both those wireless connections to be run simultaneously for the first time.

There's also two 10/100 network ports on the device, one for Ethernet LAN and the other for WAN. There's also a single USB port (sadly it's just for printers) and an audio jack. Overall, the new AirPort Express Base Station should be a welcome upgrade for people who have been waiting for the simultaneous wireless radio support. It's now on sale for just $99.