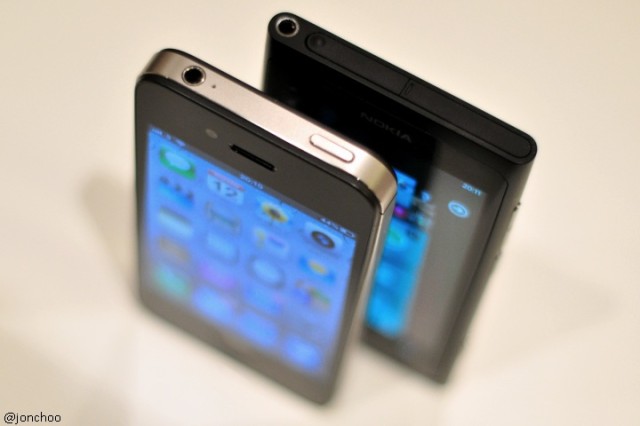 Apple has beaten Nokia, and various other brands, to win the J.D. Power & Associates's smartphone customer satisfaction award for the 9th consecutive time. Each brand is ranked from 0 to 1,000, with points given for performance, physical design, features, and ease of operation. Apple achieved 855 points, beating the competition in a sound fashion. Satisfaction amongst smartphone users is 796 out of 1,000, up 26 points from 2012.

After Apple, Nokia followed with the second highest point score of 714, 141 points behind Apple. After Nokia, you have Samsung, Motorola, HTC, LG and BlackBerry in that order. LG ranked highest amongst the "traditional mobile phones" with a score of 719. BlackBerry, once the market leader, slipped lower down the table with a score of just 732. Samsung achieved a respectable 793, slightly aheads of HTC's 790. 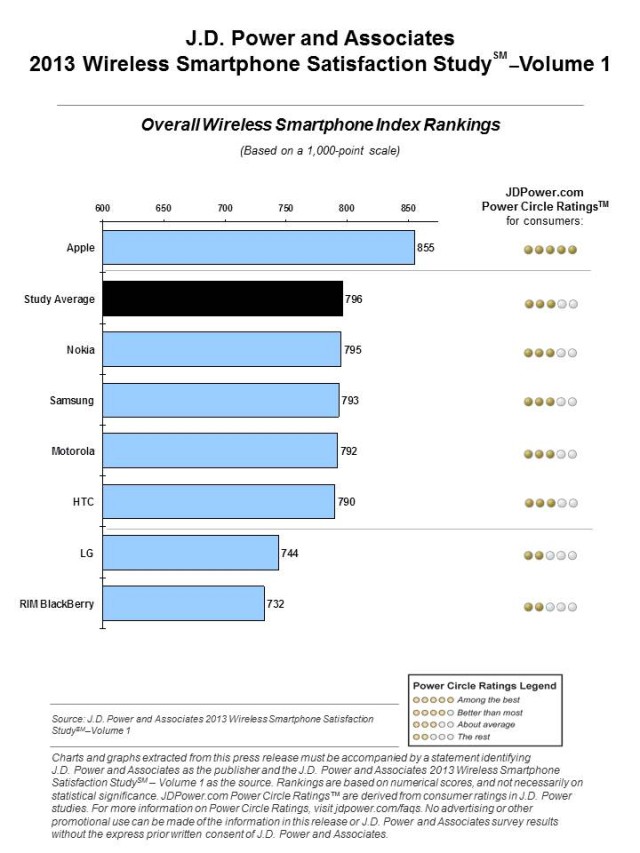 Apple was praised for the iPhone's "physical design and ease of operation" while also picking up a 5 (out of 5) in the Power Circle Rating metric.