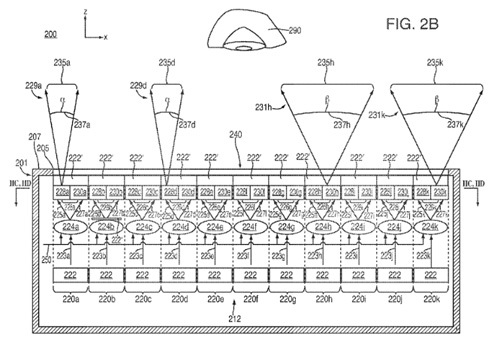 Say you are at a public place like a park or maybe a restaurant or perhaps in a airport terminal and you want to watch something that, well, might not be kid friendly on your laptop or tablet or smartphone. There's always the risk that someone, either by accident or by deliberate eavesdropping, will see what you are watching. So how do you prevent that kind of thing from taking place? According to a patent filed by Apple in November of 2009 but discovered this week, the company is working on a display technology that can control the viewing angle of a display.

The patent, filed with the US Patent and Trademark Office, would allow LCD displays to have some kind of modules inside that could be steered.  These modules, in theory, could move the lights behind the display. The effect of such technology would be that if an owner of a laptop, tablet or smartphone hit a "privacy mode" button, the liquid crystal elements could be turned in the display itself. That would, again in theory, keep others from seeing what you are looking at while you are still able to see everything on the screen clearly.