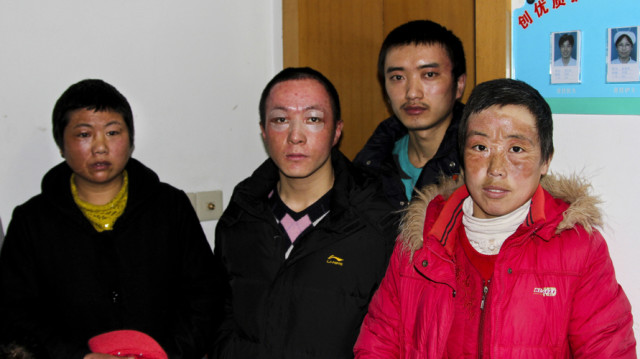 Injured workers after an explosion at the Pegatron factory.

The report found that the conditions meant that its 70,000 employees had to endure at least 86 labor rights violations, including 36 legal violations and 50 ethical violations.

The NGO also claims that the factories are violating a “great number of international and Chinese laws and standards” as well as the “standards of Apple’s own social responsibility code of conduct”. Li Qiang, the executive director of Labour Watch, says the conditions were “even worse” than those at Foxconn factories, where 18 suicides have been reported in just over two years.

“Apple has not lived up to its own standards. This will lead to Apple’s suppliers abusing labor in order to strengthen their position for receiving orders. In this way, Apple is worsening conditions for workers, not improving them.”

China Labor Watch’s report comes after a 61 Pegatron employees were injured due to an explosion in 2011, hospitalising 23 workers. Despite this, Apple says that regular health and inspection checks are occurring, which include 15 comprehensive audits since 2007.

In a statement, Apple said they are “committed to providing safe and fair working conditions throughout our supply chain"  and promise to reimburse Pegatron workers for any “underpaid or denied compensation for any time they've worked”.