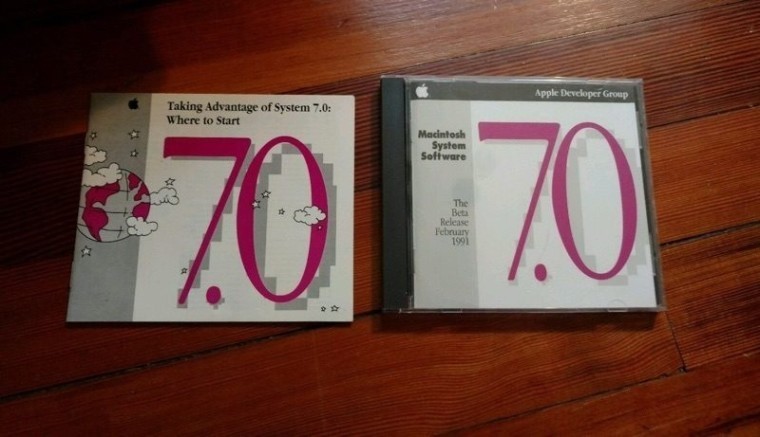 For as long as there has been interest in acquiring the latest and greatest in technology, there have also been people and outlets dedicated to preserving software and technology from decades ago. One such example was Archive.org's Windows 3.x Showcase unveiled earlier this year which included a stock installation of Windows 3.1 and over 1,500 applications which can be executed within a web browser.

While an emulated experience may satisfy the curiosity of most, others may be more interested in owning the physical media despite the scarcity of compatible hardware in the intervening years.

Earlier this week, an Apple collector who was selling off his library of vintage software on eBay received quite a surprise. After having completed a bulk sale of a dozen discs, 'marcoguy' noticed that the shipping address was none other than 1 Infinite Loop, Cupertino in California. Curious to find out whether or not the collection was bound for an Apple employee also interested in collecting, marcoguy asked the buyer, who responded:

We have a lab at Apple containing lots of archived materials. We were missing some of the disks that you placed on ebay.

An inspection of the seller's completed sales history on eBay reveals that the bulk purchase could have included a beta release of Apple QuickTime 1.0 and numerous Apple Developer Group discs containing confidential prototypes of Apple software.

Just goes to show how necessary this community is. If is (sic) wasn't for collectors like us, so much software would just be lost, out of the grasp of even the companies that produced it.

A number of other Apple Developer Group discs remain available for sale in addition to copies of MS-DOS 6 on 5.25" floppy disks.