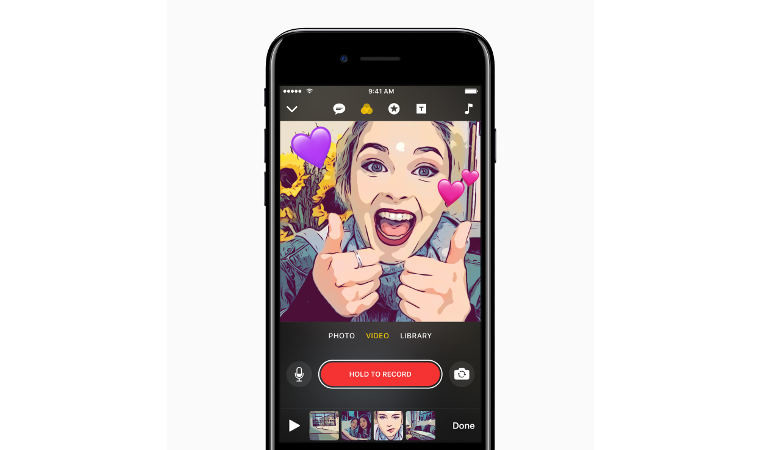 Apple has announced that it’ll launch an app called Clips that allows users to combine video clips, photos, and music into a video which can then be shared across messenger apps and other social networks.

When Clips becomes available users must be using one of the following devices on iOS 10.3:

In typical Apple fashion, Clips was designed to be easy and has therefore done away with typical tools you might associate with video editing software, including timelines, tracks, and other complicated editing tools. Instead, you press or hold a single button to record live video or take photosand can import media from the Photo Library.

Once the media is imported you can add various effects including artistic filters, speech bubbles, shapes, emoji, full-screen posters with animated backgrounds, and customisable text. There’s also a selection of music soundtracks thatautomatically adjust to match the length of the video.

“Clips gives iPhone and iPad users a new way to express themselves through video, and it’s incredibly easy to use. The effects, filters and amazing new Live Titles we’ve designed for Clips let anyone make great-looking, easily shareable videos with just a few taps.”

Clips isn’t available just yet but will be available for free on the App Store beginning in April.