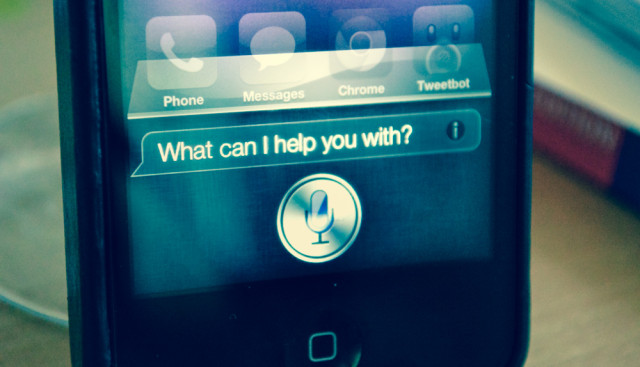 Apple today announced that data from conversations with Siri and voice dictation are kept on their servers for two years. The announcement arrives after one civil liberties group suggested the Californian company aren't active enough in informing customers of privacy rights.

Exactly what Apple's voice assistant uses the collected data for isn't clear, but the company did confirm that users' questions can be kept for up to two years. Siri, which requires a constant Internet connection to function, sends queries directly to Apple's servers before users receive a response from the recognisable robotic voice.

Whenever you speak to Siri, the data is shipped off to Apple's data farm for analysis. The company generates random numbers which represent the user's device from which the data was sent from, and associates all subsequent audio files with the generated number. After six months, your user number is "disassociated" from the stored file, however the disassociated files are kept on Apple's servers for up to a further eighteen months.

Apple may keep anonymized Siri data for up to two years. If a user turns Siri off, both identifiers are deleted immediately along with any associated data.

Despite Siri data not being directly linked to users and only identifiable by a randomly-generated number, but Nicole Ozer suggests people should be careful about what things they're saying to their personal assistant:

Transcripts of what you say to Siri could reveal sensitive things about you, your family, or business. Siri works for Apple, so make a note to yourself to really think before you speak.

While Ozer may be right in saying that ultimately your spoken data ends up in the hands of Apple, the associated privacy issues are so small they're barely worth mentioning. Collected data is used by the company for the purposes of improving user experience and to create a better product in the future. Despite this, Ozer is right in saying Apple need to do more to make the public aware their data was being sent over to Apple after inputting it into their own device.