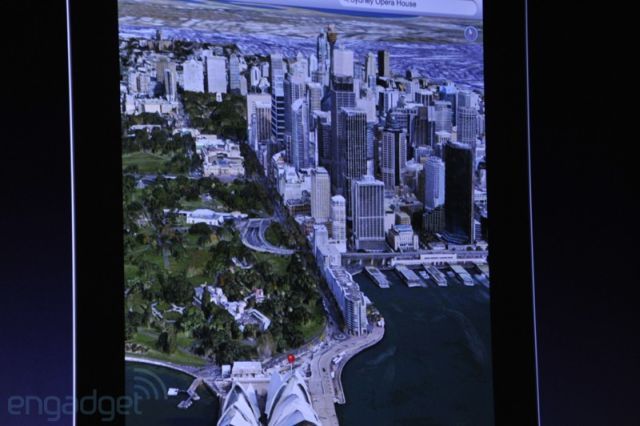 Alongside all the other new features announced today by Apple for iOS 6, the company finally and officially revealed what has been rumored for months. The company took the curtains off its plans to offer its own mapping application for iOS 6, which confirms previous reports that iOS 6 will dump support for its previous Google Maps app.

During today's keynote address at Apple's WWDC event (via Engadget), the company revealed more information about the new iOS 6 app, which is called simply Maps. Apple's app will include full 3D photo maps for at least some major cities around the world, something that Google announced they were going to do with their own mobile map application last week.

Apple also said that it has created a database of over 100 million business listing for its Maps iOS app, along with integrated support for Yelp reviews and listing. It will also feature turn-by-turn navigation features, real time traffic reporting and support for the Siri voice service. You can speak into an iPhone or iPad with the new Maps app to find a local restaurant or movie theater with the built in Siri support.

Like the rest of iOS 6, the new Maps feature will be included sometime this fall for iOS devices, including most likely for the launch of Apple's next generation iPhone.