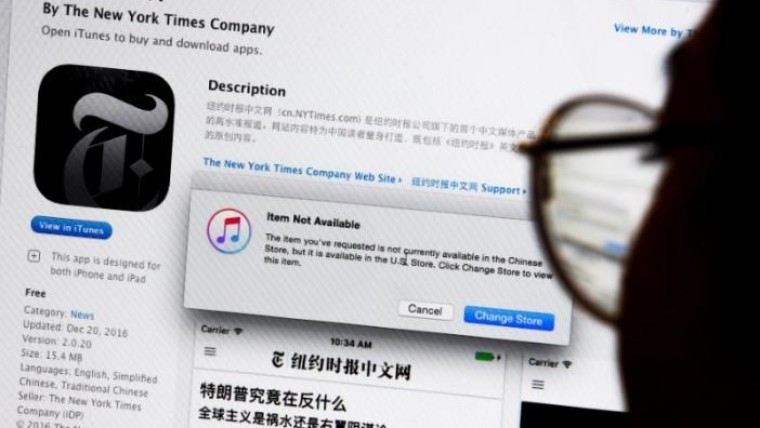 The New York Times website has been blocked in China since 2012, having run afoul of the government when they reported on the family wealth of China's then Prime Minister, but the apps remained accessible and thus, as was the New York Times's reporting. It appears that is no more with Apple complying to a Chinese government request and removing both the English and Chinese language versions of the New York Times app from the Chinese App Store.

China has cited a desire to curb potential civil unrest in its pursuits to aggressively police and block the New York Times and other mainstream news sites, and have had numerous other news apps removed, but this marks the first such action against one as high profile as the New York Times.

The New York Times, for their part, has petitioned Apple to reconsider but thus far Apple has been rather quiet, stating simply via spokesman, "We have been informed that the app is in violation of local regulations."

It appears apps from other blocked mainstream outlets, such as CNN, are still accessible... for now.