The 3.1 firmware will improve video editing on the iPhone 3GS, that won't overwrite the original clip when editing videos, preventing the loss of the original film. The new developer API's allows third-party applications access to the videos and edit them, without having to use Apple's editing tools for the iPhone 3GS. The update is said to increase the boot time of devices. The device will now vibrate when moving icons around to different locations.

Apple also included a "Fraud Protection" toggle switch for browsing, now available under the settings for Safari. The firmware update allows Voice Control over Bluetooth now. Users can also organize their icons through iTunes without having to move them around on their device. 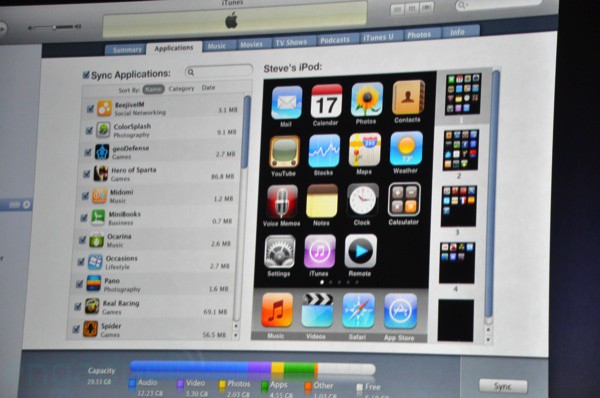 AT&T users will get an update to profile 4.2, but many users will still need to wait till September 25 before using their MMS feature. Apple also updated their modem firmware to 5.08.01. The update also has improvements to OpenGL and Quartz.

The 3.1 iPhone and iPod Touch firmware is available for download with iTunes 9.
(Image courtesy of: Engadget.com)