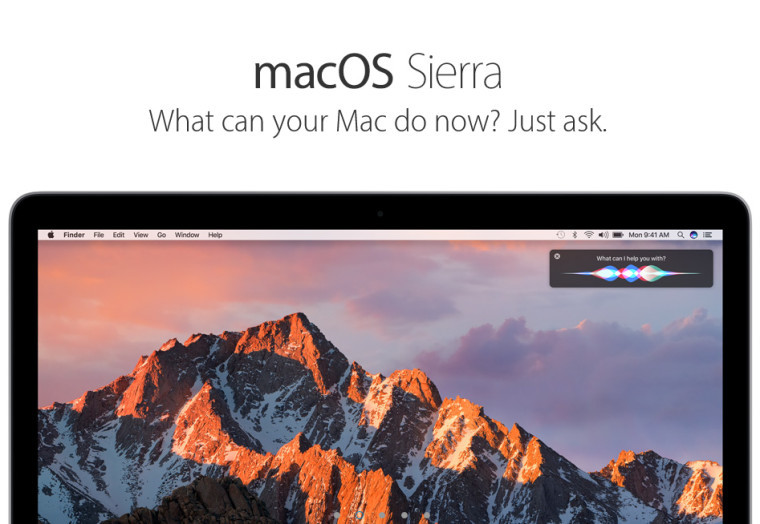 Apple has finally pushed out the next edition of its desktop operating system, macOS. With the Sierra release, Apple’s virtual assistant, Siri, makes its way to the desktop with new capabilities to boot. Anyone using a Mac computer introduced late 2009 or later can upgrade to the new OS. To upgrade, head over to the macOS Sierra page on the Mac App Store, press download and follow the on-screen instructions.

The following devices are compatible with macOS Sierra:

With macOS Sierra, Continuity has been extended with the ability to unlock your Mac with your Apple Watch, and you can now copy and paste images, videos, and text using the Universal Clipboard. Another feature added to the Continuity collection is the ability to buy items on your Mac with Apple Pay and use Touch ID on your iPhone to confirm the payment.

Unfortunately, some of these features won’t be available based on which model of Mac you have, Auto Unlock is only supported on Macs from mid-2013, while Apple Pay and Universal Clipboard are only supported by the following Mac models:

MacOS 10.12 Sierra is available at no cost so aside from hardware limitations or perhaps incompatible apps, there is no reason not to upgrade. Should you choose to stay on El Capitan it should be noted that it will only receive security updates and updates to printer drivers, while Sierra is fully supported.