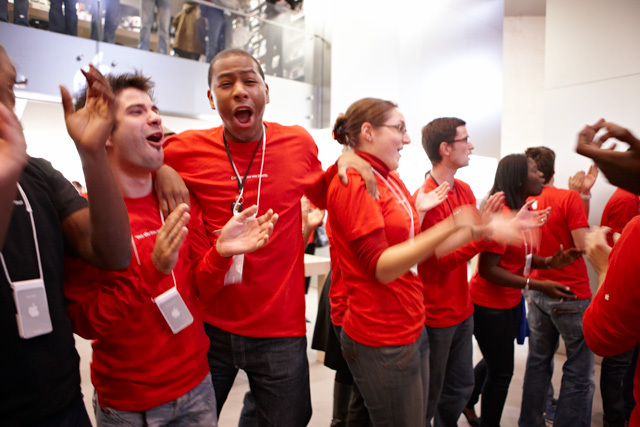 We are launching today to get fellow employees, shoppers, and the world know that we work in one of the most demanding retail environments while suffering through unfair treatment and compensation among many other various issues... We deserve better. Our time has come.

According to an anonymous member of the group, some Apple Store employees in the Bay Area were discussing such action, and an attempt of getting collective action was attempted at the Alderwood Apple Store in Lynnwood, WA.

One of those Bay Area Apple Store employees was interviewed by Reuters on Sunday. Cory Moll, a part-time employee at a San Francisco Apple Store, went public with the group in an effort to boost awareness amongst the public and employees - at the moment, there is barely any public interest.

Although Moll admits the movement is still in its infancy - as demonstrated by their site - and that the challenge of taking on Jobs and Co. is a risky prospect, their current objective is raising awareness amongst Apple customers and employees. Hence the simple message on their site:

"At Apple, our most important resource, our soul, is our people." Our Time Has Come.