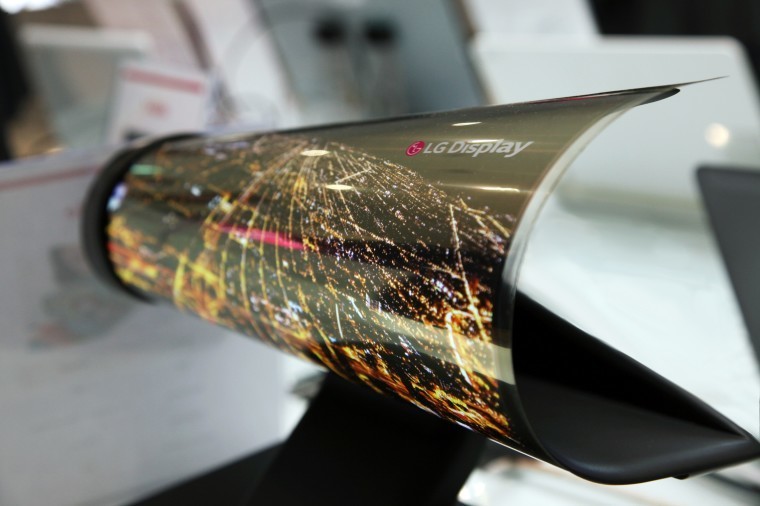 To the consumer, Apple and Samsung may be like two titans, embroiled in an eternal battle for their hard-earned cash but, behind the scenes, the two are not only partners but also heavily dependent on one another. In fact, Samsung will likely make far more money from supplying parts to the iPhone X than it will for the Galaxy S8.

That rivalry may, however, start to overshadow their partnership soon. A new report suggests Apple may be working with LG - and not Samsung, which is currently the Cupertino giant's sole supplier of OLED displays - on the creation of a foldable OLED screen.

Alongside the screen, a future foldable iPhone would also require a flexible circuit board and Apple may also assign the printing of such a circuit board to LG. To that end, the report claims Apple is actively considering a significant investment in the LG plant responsible for the manufacturing of flexible OLED displays.

LG has shown impressive gains in foldable screen technology and demoed multiple prototypes over the years so choosing the South Korean corporation as a partner makes sense. Indeed, a previous report suggested LG and Apple had already partnered up in pursuit of this goal.

However, alongside LG's clear expertise in the area, there may be other factors at play encouraging Apple to move away from Samsung - which also has made substantial advances in the field. According to the report, Apple may be concerned about possible leaks from the display wing of Samsung tipping off the consumer smartphone division of the company on future plans for iPhones.

While Samsung has dismissed the notion of seeing foldable displays on phones until 2019, the report also claims the South Korean giant may debut its first such smartphone as soon as next year. In either case, the report predicts Apple and LG's joint efforts will likely not yield fruit until at least 2020, giving Samsung quite a large window to one-up its biggest rival.

Source: The Investor via MacRumors