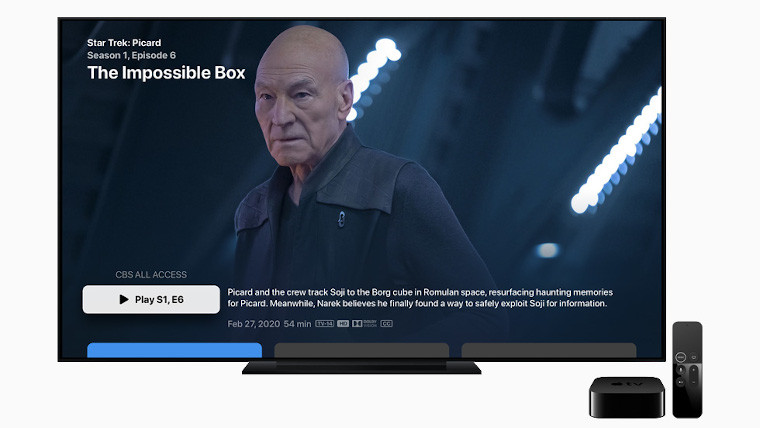 Apple has announced that Apple TV+ subscribers in the United States can now purchase a CBS All Access and SHOWTIME bundle for $9.99 per month after a seven-day trial. Those who subscribe to the bundle will be able to watch content from Apple TV+, CBS All Access, and SHOWTIME online and offline without ads through the Apple TV app.

“Apple TV+ gives you access to award-winning Apple Originals, with more high quality series and movies being added each month. This bundle is a big bonus for Apple TV+ subscribers, giving them the best of CBS and Showtime on the Apple TV app at a great value.”

With this subscription, customers will be able to watch shows such as Star Trek: Lower Decks, The Good Fight, The Late Show with Stephen Colbert, Billions, The Chi, Black Monday, and Homeland.

Customers that subscribe will be able to use Family Sharing to give access to the services to up to six family members using their personal Apple ID and password. Apple TV can be accessed from a range of devices including iPhone, iPad, Apple TV, Mac, select Samsung and LG smart TVs, Roku, and Amazon Fire TV devices. The firm said that Apple TV will launch on Sony and VIZIO smart TVs in the coming months too.